Cape Vultures (Gyps coprotheres) are endemic to southern Africa. They are one of South Africa’s larger vulture species, weighing up to 11 kg. They forage in open vegetation types such as Fynbos, Kalahari, Karoo, grassland, and open woodland. Breeding pairs are monogamous and usually raise one chick.

The majestic Cape Vulture was listed as Endangered on the IUCN’s Red List of Threatened Species, but in 2021 it was ‘down listed’ to Vulnerable. This is a remarkable conservation success story and testament to the tireless efforts of multiple generations of conservationists in southern Africa. Removing the Cape Vulture from the list of Endangered species in 2021 received very little media attention, despite being an important case study that can provide hope and inspiration to current and future conservationists. This achievement resulted from a concerted effort by various organisations, including the Endangered Wildlife Trust (EWT), BirdLife South Africa, and wildlife rehabilitation centres such as Moholoholo, VulPro, and others. A team of 31 contributors, which included the EWT’s Samantha Page-Nicholson) supplied information and justified why this species should (or should not) stay classed as ‘Endangered’. Threats to the species include unsafe wind energy developments, poisoning events, unsafe power lines, and food availability may play a large role in the successful breeding and population trends of this species. Current conservation actions for the Cape Vulture include systematic monitoring, education and awareness programmes, protection by national and international legislation, the expansion of formally protected areas (such as the Soutpansberg), and the creation and growth of Vulture Safe Zones.

The importance of Vulture Safe Zones in Cape Vulture conservation

In India in the 1990s, vulture populations suffered drastic declines. Scientists were baffled as to why until the study of carcasses revealed the presence of the veterinary non-steroidal anti-inflammatory drug, Diclofenac. They concluded that this drug was the root cause of the mass fatality and had cost about 90% of the vulture population in the area in the space of a decade. This became known as “The Indian Vulture Crisis.” The disappearance of Vultures led to the ecological tipping of scales. Mammalian scavengers such as jackals and feral dogs took advantage of the increased food supplies, and their populations increased. The high number of mammals on carcasses inadvertently led to an increase in the spread of pathogens. India faced, and still faces, a rabies epidemic that costs 30,000 human lives per year and billions of dollars in health fees. 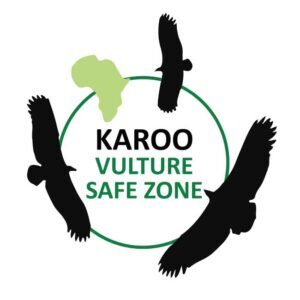 The urgent need for action to stop the rapid decline of vulture species in Eurasia and Africa led to the development of the Multi-Species Action Plan to Conserve African-Eurasian Vultures (commonly referred to as the Vulture MsAP). It is a comprehensive and strategic plan which covers ranges across two continents. Vulture Safe Zones are an activity recognised in the Vulture MsAP to encourage the responsible management of the environment by actively reducing threats to vultures in identified areas. They are specified geographic areas where conservationists and landowners use targeted conservation measures adapted for the vulture species present. These measures include safeguarding electrical infrastructure to minimise collisions and electrocutions, reducing the use of poisons, covering or altering reservoirs to prevent vulture drownings, and using NSAIDs responsibly. The most important thing to remember is the responsible management of resources that vultures use, such as the availability of safe perches, water for drinking and bathing, and food. Vulture Safe Zones also promote responsible disposal of carcasses on which vultures scavenge to reduce poisoning through pesticides and lead fragments that remain in a carcass after an animal is shot.

Landowners in the karoo region of South Africa established the Karoo Vulture Safe Zone (KVSZ) to increase the area’s Cape Vulture populations that have been decimated by persecution resulting from misinformation and a general misunderstanding of their role in the ecosystem. Landowners in the mid-20th century believed that it was vultures killing their small livestock when they would find the birds feeding on them during the day. Unbeknownst to them at the time, the jackal population in the area was beginning to take advantage of the easy prey and kill them during the night. Now, the landowners in the area are admirably working to fix these past mistakes. In August 2020, the first landowner signed up to proclaim his property a Vulture Safe Zone. Since then, the KVSZ has grown to 730,000 hectares owned by 94 landowners committed to making their properties Vulture Safe. The project continues to encourage the responsible management of properties across the karoo landscape through landowner engagements and environmental education, which focus on sustainable and safe practices of managing predators and water resources and the safe disposal of carcasses. The KVSZ team also works through the strategic partnership between the EWT and Eskom to make problem powerlines safe for vultures.

Cape Vulture sightings within the project area are reported to the KVSZ team, and it is exciting to receive reports of up to 70 birds roosting on cliffs that were previously void of these magnificent birds. Monitoring efforts by the team to better understand the populations traversing the Eastern Cape skies have shown an increase in breeding pairs in known sites and the possible development of new breeding sites. All of these give the team more motivation to make the Karoo and the larger Eastern Cape a safe space for Cape Vultures.

The Vulture Safe Zone process is long, and it will take time until the area is completely vulture safe. In the interim, we continue to encourage vulture safe management and measures and spread awareness of the need for areas like this.