Any bird able to fly stands a chance of colliding with above-ground power lines and being killed or electrocuted when perching or nesting on electricity structures and cables. In Lwengo and possibly other regions of Uganda, power lines pose the greatest threat to the Endangered Grey Crowned Crane’s survival. Migrating birds at night, birds flying in groups, and fast-flying and large birds like storks and raptors are particularly vulnerable to power line collisions. Electrocution from power lines has also been reported. 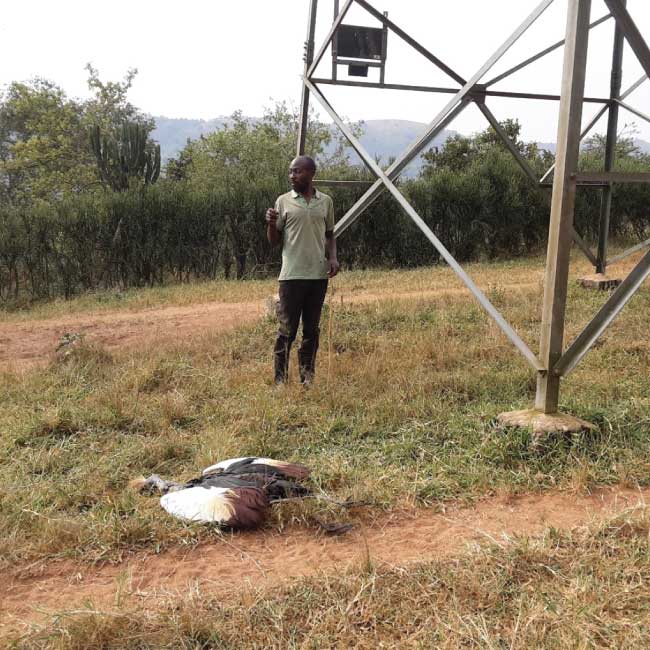 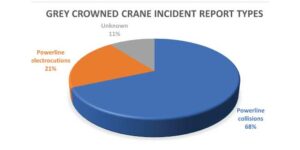 In Lwengo, more than 21 cranes have died after flying into and perching on power wires over one year. Grey Crowned Cranes are the only crane species affected by electrocution because it is the only crane that perches and roosts in trees and on power line infrastructure. Some of these cranes are electrocuted or shocked, and as a result of the accident, they perish.

To better understand the impacts of human-caused mortality on cranes in south-central Uganda, we are implementing a project to understand how power lines and associated infrastructure affects biodiversity in Lwengo. We are using various methods, including:

Crane Custodians are local community members who voluntarily care for cranes and their wetland habitats. Currently, the ACCP in southcentral Uganda has 15 custodians in Lwengo (eight females and seven males) and 15 in Rukiga who have been vetted for engagement in power line surveys. The selection was based on gender inclusiveness. 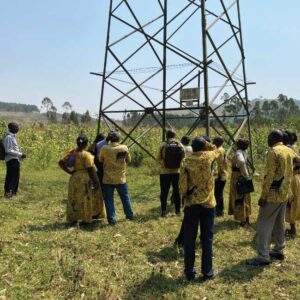 The custodians being taught how to collect data during power line surveys. 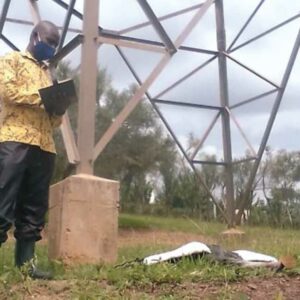 A crane custodian, after identifying an incident and recording it

Meetings and hands-on-field works are being held with other stakeholders, such as the communities that live in crane power line incident hotspots, to identify incidents, disseminate information on the presence of power line threats to cranes and other birds surveying critical hotspots for power line collisions.

The project team has trained the groups on various aspects, such as: 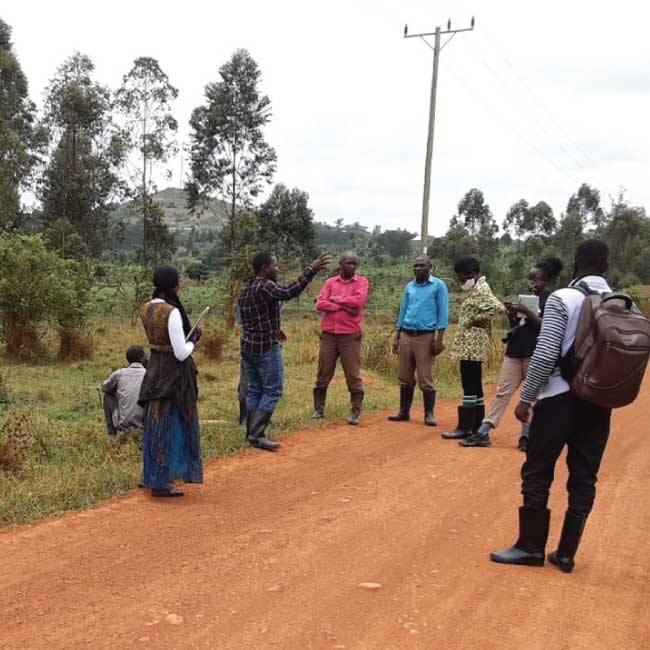 Community members during a field-based powerline survey in Lwengo

Capacity building within the project team 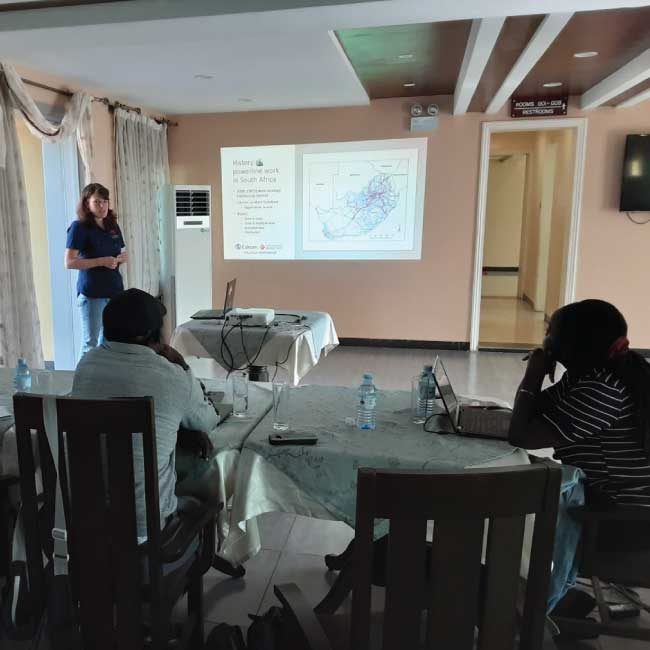 Erratic climate patterns and long drought seasons in Southcentral Uganda have seen crops dry up and wither. In addition to this, farmers also face the crop damage by Endangered Grey Crowned Cranes.