Poisoning poses a deadly risk to vultures in West Africa

African vulture numbers are declining at an alarming rate, and their key threat throughout Africa is believed to be poisoning. One of the reasons people poison vultures is to obtain body parts, both for consumption and use in African Traditional Medicine. Dr Clément Daboné (from the Universities of Tenkodogo and Joseph Ki-Zerbo, both in Burkina Faso) collected information on incidents of mass vulture killings to learn more about the risk that poisoning poses to vultures in West Africa. 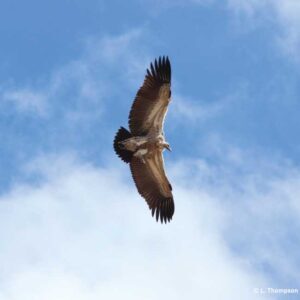 Dr Daboné conducted 730 interviews with butchers, veterinarians, foresters, and abattoir guards at numerous sites across Burkina Faso. His results revealed that vultures were killed in motor vehicle collisions and electrocutions at electricity poles, but poisoning was the deadliest threat to vultures in Burkina Faso. Out of 879 known vulture deaths, 779 were due to poisoning. Interestingly, Dr Daboné found that more vultures were more likely to be killed using poisoned baits closer to the country’s borders, suggesting that poisoning was being done by people from neighbouring countries. He concluded that the recent intentional vulture poisoning events in Burkina Faso were linked to the increasing demand for vulture parts in West Africa.

Dr Daboné and his team highlighted the need for awareness campaigns in local communities to teach people about the risks of using poison. They also mentioned the need for improved legislation and stronger commitment by West African governments to stop the trade in vulture body parts and prevent the extinction of these highly threatened birds and the services they provide.

Vultures face similar threats in southern Africa, and the Great Limpopo Transfrontier Conservation Area is a wildlife poisoning hotspot. For this reason, the EWT’s Birds of Prey Programme has assisted in drafting South Africa’s new national Vulture Biodiversity Monitoring Plan, and we are providing Wildlife Poisoning Response Training to rangers so that they know how to identify, detect, and respond effectively to wildlife poisoning events by containing the crime scene and sampling carcasses for investigative purposes. Rangers are also trained on methods to save as many surviving birds as possible and decontaminate the scene to prevent further poisoning of animals or people. Together, we can make a difference. 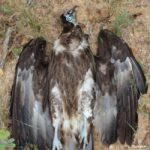 A Critically Endangered subadult Hooded Vulture, which was poisoned, along with 64 other birds of prey, in South Africa’s Limpopo Province in 2015. © L. Thompson. 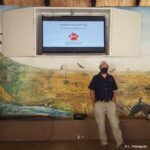 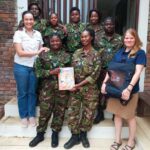