I WOULDN’T TRADE YOU FOR THE WORLD

Dr Andrew Taylor, EWT’s Wildlife in Trade Programme Manager, andrewt@ewt.org.za and Ashleigh Dore, Wildlife and Law Project Manager, ashleighd@ewt.org.za On 20 February, the EWT celebrated World Pangolin Day. There are eight species of pangolins worldwide, and all are threatened with extinction and listed in the IUCN Red List of Threatened Species. The biggest threat to pangolins is illegal trade – they are the most traded mammal globally, highly prized for their scales, which are used in traditional medicine practices across Africa and Asia. Pangolins are also a source of food, as bushmeat in Africa and as a delicacy in parts of Asia. Although pangolins are shy and hard to find, they are easy to catch once discovered, making them particularly vulnerable to poachers. Add to this the fact that pangolins are uncommon, do not often survive in captivity, and have a slow reproductive rate, and we have a recipe for extinction.

The pangolin species that occurs in South Africa, Temminck’s Ground Pangolin, is currently listed as Vulnerable. We do not know the extent to which Temminck’s Ground Pangolin is trafficked out of South Africa, but there does appear to be an increasing trend in illegal catching and attempting to sell pangolins within the country because of the high prices they fetch. Pangolins and products derived from them are often trafficked around the world in air cargo or shipping containers, and these modes of transport provide an opportunity to intercept pangolin contraband. In collaboration with other conservation partners, the EWT is trying to reduce this illegal trade by placing detection dogs (aka Conservation Canines), trained to detect pangolins and their scales, in strategic sites that traffickers are likely to pass through. But they are not the only ones hot on the trail!

African Giant Pouched Rats have been used to detect landmines and even sniff out tuberculosis. Now APOPO, in partnership with the EWT, is training rats to detect pangolins. This Pangolin Day, we are incredibly excited to showcase this work through a feature film done by Waterbear. Subscribe now to watch how these African Giant Pouched Rats are doing their bit to protect forever, together.This work could not be possible without funding from the US Fish and Wildlife Service’s Combating Wildlife Trafficking Strategy and Partnerships Branch, the UK Government through the Illegal Wildlife Trade Challenge Fund, and the Wildlife Conservation Network Pangolin Crisis Fund. 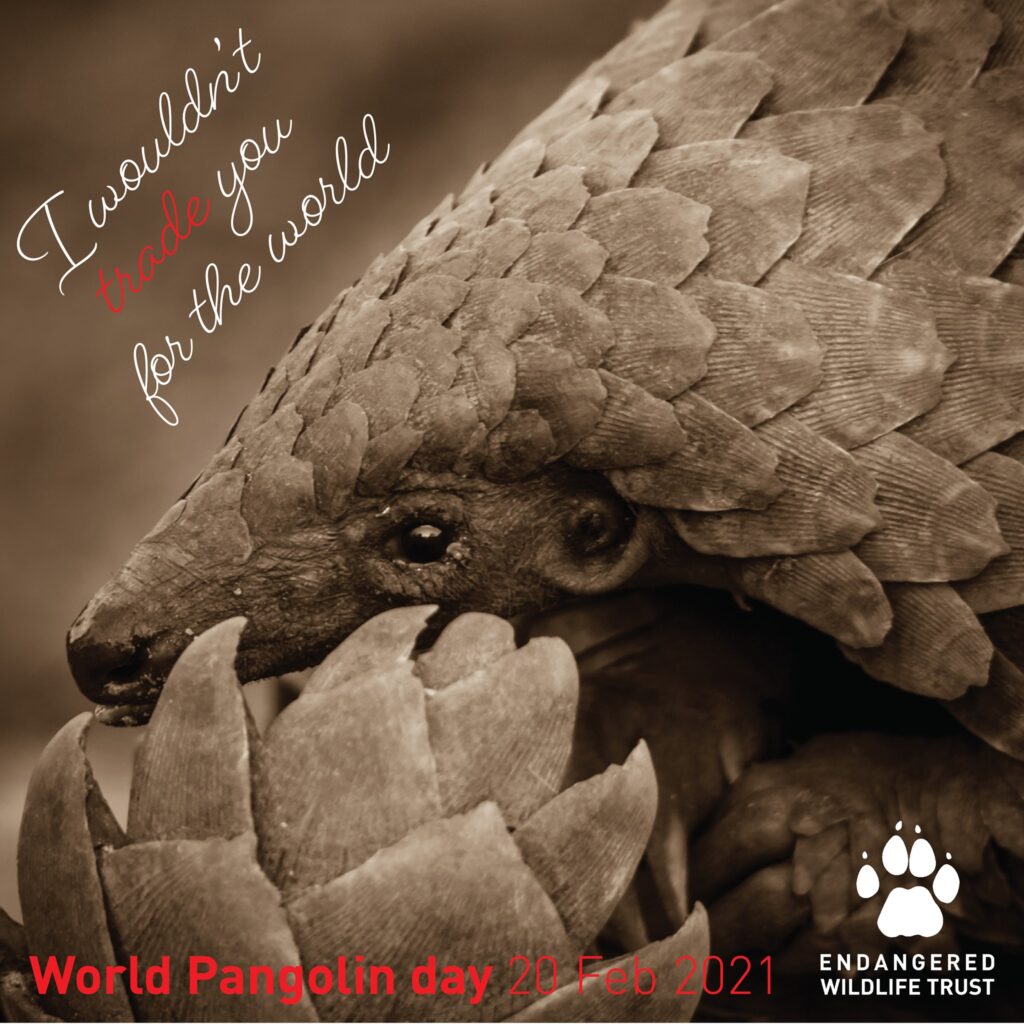 This work could not be possible without funding from the US Fish and Wildlife Service’s Combating Wildlife Trafficking Strategy and Partnerships Branch, the UK Government through the Illegal Wildlife Trade Challenge Fund, and the Wildlife Conservation Network Pangolin Crisis Fund.