South Africa (including Lesotho and eSwatini) has 135 frog (anuran) species, represented by 12 families, with over a third of the diversity within one family, the Pyxicephalidae. Over half of these species (54%) are endemic to the region, i.e. they don’t occur anywhere else in the world. Forty-four species (33%) fall into the IUCN threatened categories or where we don’t have enough data to assess them. While we have a fairly good understanding of the status of our Threatened frog species (assessed in 2010 and again in 2016), an assessment of our Least Concern species has not been published since 2004. Several new species have also since been described, which is very exciting, but these have not yet assessed for their threat status. 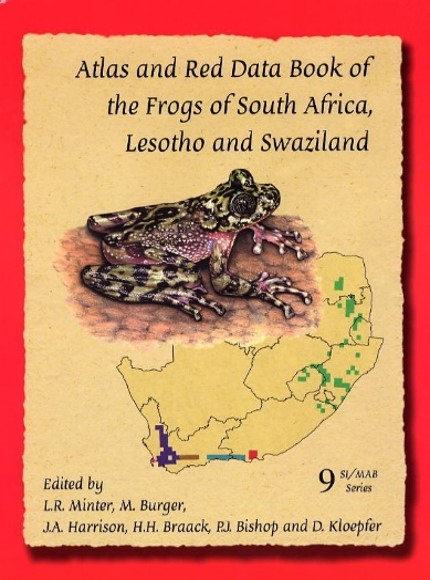 Since 2004 there has also been a massive increase in contributions of wildlife records by the public through online platforms such as iNaturalist, iSpot, and even Facebook. The collation of these ‘citizen science’ records contributeS significantly to improving our knowledge of species distribution. Accurate inferred distribution maps will be developed by consolidating these records, plus all of those existing in museum collections and private collections. These updated distribution maps are crucial for informing where and for which species conservation efforts need to be directed.

It is important that the public become involved in such projects and that citizen science records are used meaningfully. To this end, we launched an iNaturalist project that ran during March 2021 to feed into the thousands of records that already exist on this platform, and that will all be used to update the Atlas. One of this project’s goals is to inspire the next generation of frog biologists and conservationists to continue the very necessary work of conserving these species and their habitats well into the future to benefit people’s health and the planet. 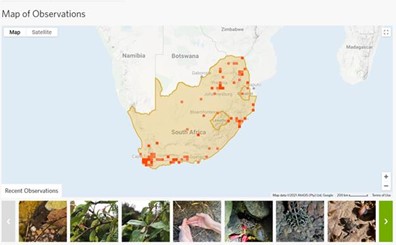 To date, we received 400 observations of 48 species from 60 observers across the country