PULLING THE RABBIT OUT OF THE HAT ON ANYSBERG NATURE RESERVE

While the habitat requirements of Riverine Rabbits in the Nama Karoo are pretty well understood, the same can’t be said for the Little Karoo. Understanding what constitutes suitable Riverine Rabbit habitat, or what has been coined “Rabitat” by the Endangered Wildlife Trust’s bunny expert Bonnie Schumann, is the first step towards conserving this Critically Endangered species.

Since they were first discovered on CapeNature’s Anysberg Nature Reserve in 2013, there have only been a handful of sightings of these rare bunnies. These do include some spectacular observations, however. The 2013 record was made when a Riverine Rabbit was captured by hand by CapeNature’s Corné Claassen and Marius Brand. The youngster was released unharmed after providing a valuable genetic sample. In 2019, Ishmael Wambi, a Nature Conservator at Anysberg, got some amazing video footage of a Riverine Rabbit that was startled in the headlights of his vehicle; you can view the video on this link: https://vimeo.com/328121696. And earlier this year, surprised Anysberg Field Rangers flushed two startled rabbits in the middle of the day while carrying out a game count.

While it is good to know that Riverine Rabbits are persisting in the reserve nine years after their discovery, there are still vital questions that need to be answered to ensure the protection of the species. Thanks to land purchases by WWF-SA, Anysberg is a relatively large reserve at just over 80,000 ha. But how much of this area constitutes rabitat?  By working in partnership with EWT’s Drylands Conservation Programme, CapeNature aims to improve our understanding of Riverine Rabbit habitat requirements in the greater Anysberg area and to ultimately use this information to predict population size on the Anysberg Nature Reserve.

As a first step towards addressing this question, Bonnie Schuman from the EWT spent a day on Anysberg, sharing her considerable experience and expertise on the species and its requirements with CapeNature Faunal Ecologist Marienne de Villiers. With her bunny radar turned on and finely tuned, Bonnie also advised on the placement of camera traps to test for the presence of bunnies in an area on Anysberg that has never been searched for rabbits before, but where they might well occur. To read more about this excursion here) The long-term plan is to map the reserve according to potential rabitat, looking at various criteria, including soil type, slope, vegetation structure, and density. Then we will test these areas for rabbit presence using camera traps. But for now, it’s a waiting game. The cameras will stay out in the field for at least six weeks; only when the memory cards are downloaded will we know if the rabbit is in the hat, so to speak.

For more information on the Anysberg Nature Reserve:

For more information on the Endangered Wildlife Trust: 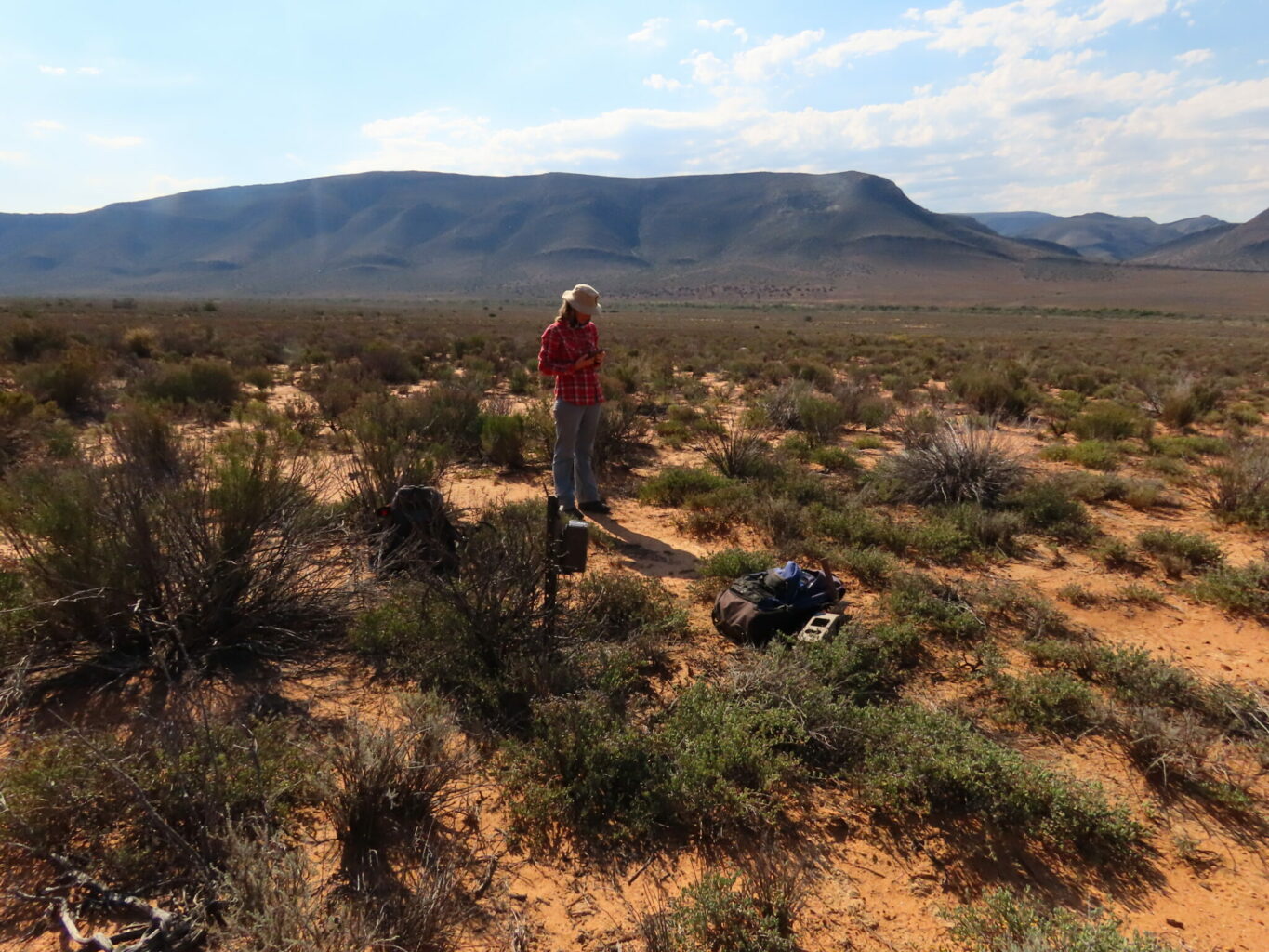