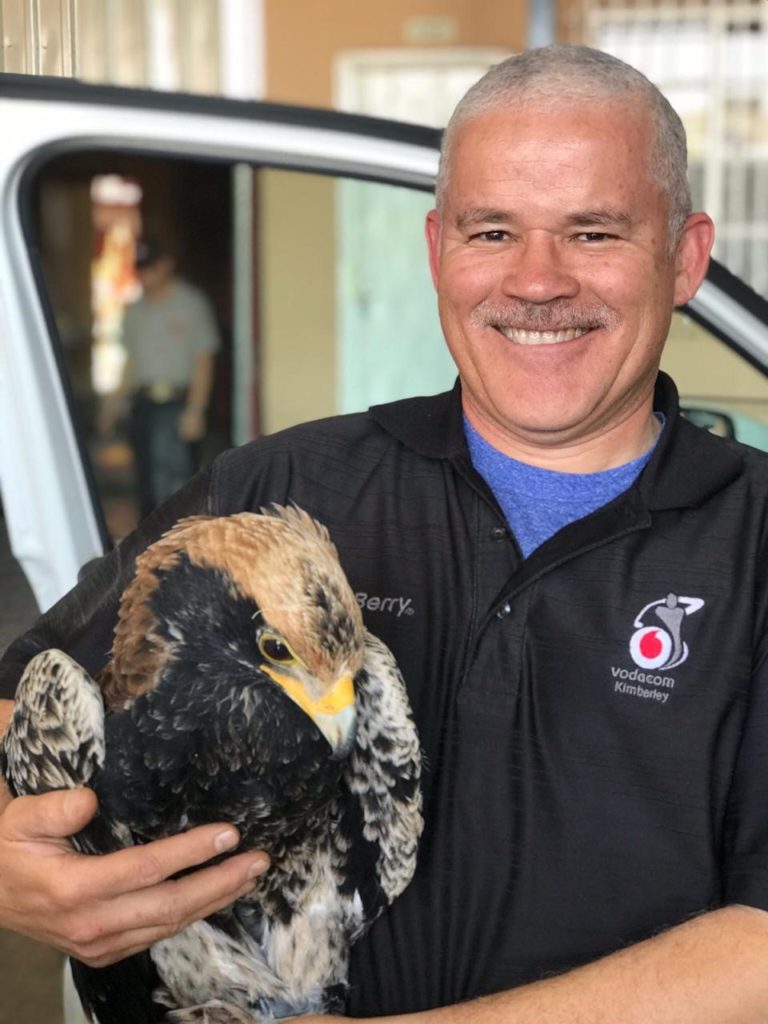 RonelleV@ewt.org.za
Early on a Friday morning I received a call from Gavin Williams, who works for Vodacom. He was at a mast near De Aar and saw an injured Verreaux’s Eagle under a Sentech mast, but he could not reach the eagle as it was in the camp of the Sentech mast and the gates were locked. I called a contact who works for Sentech and he helped us to reach the injured bird. We discovered that it was the chick from the nest on the mast, and had probably fallen out of the nest and injured its leg.

After spending time with a falconer, who will help this special bird to get fit and train it to hunt, it will be released back into the wild. Well done to Gavin for going out of his way to save this eagle!