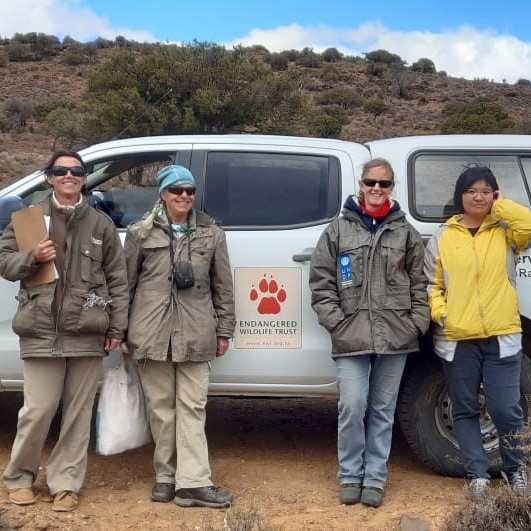 The EWT’s Drylands Conservation Programme recently joined forces with Dr Sue Milton, Karoo ecologist and botanist, to characterise Riverine Rabbit habitat in the Succulent Karoo and Renosterveld.  Our aim is to understand the exact habitat requirements of Riverine Rabbits in the southern- and eastern populations. 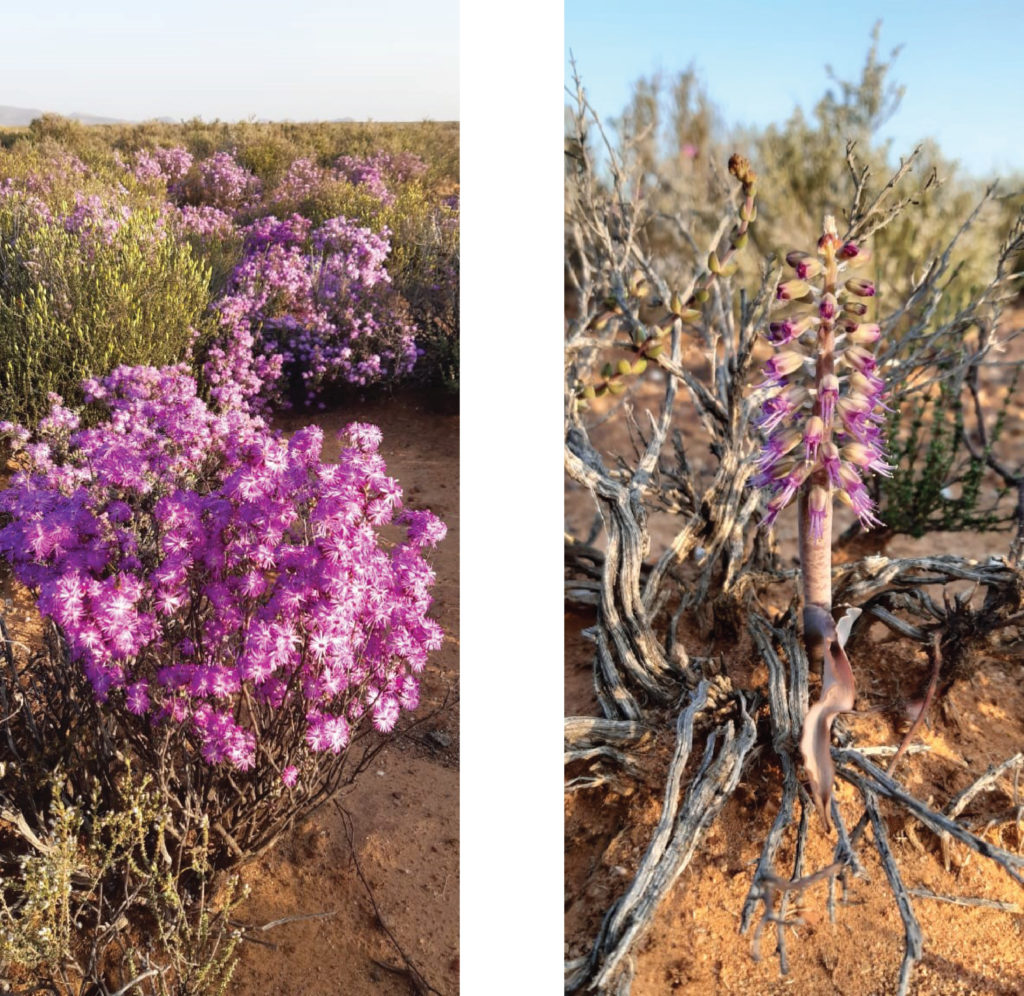 Most of the past work done on Riverine Rabbit ecology and habitat was carried out in the northern population of rabbits, which were first described and documented in the Nama Karoo in 1901. This region has been the focus of much of the research and conservation efforts to date. As such we have a pretty good understanding of rabbit behaviour and habitat requirements here. Our understanding of the southern population, in the Succulent Karoo, is less comprehensive. This is due to the fact that Riverine Rabbits were only discovered in the Succulent Karoo in 2003. Incredibly, a third eastern population remained undetected in the western Baviaanskloof area until 2018. To understand these populations better, camera trap surveys were carried out near Touwsriver and in the Baviaanskloof, yielding excellent results in terms of detecting Riverine Rabbits.

We revisited these locations in in September (spring) to describe the plant communities in the vicinity of the cameras where rabbits were detected. Plant species, the height and cover of the vegetation were recorded, as well as other factors such as slope aspect, soil type and depth and distance to nearest riparian areas. The results of this work will narrow down future search areas and assist us to identify corridors between known populations. Understanding what ideal habitat looks like will also inform how best to manage known distribution areas to maintain existing populations.

Many thanks to Dr Sue Milton (RenuKaroo) and Liesl Eichenber (Ecologist on Sanbona Nature Reserve), for their assistance and helping to complete the Riverine Rabbit puzzle.

The work was made possible with funding from Rand Merchant Bank and the Zoological Society for the Conservation of Species and Populations (ZGAP).