FIGHTING FOR OUR RHINOS 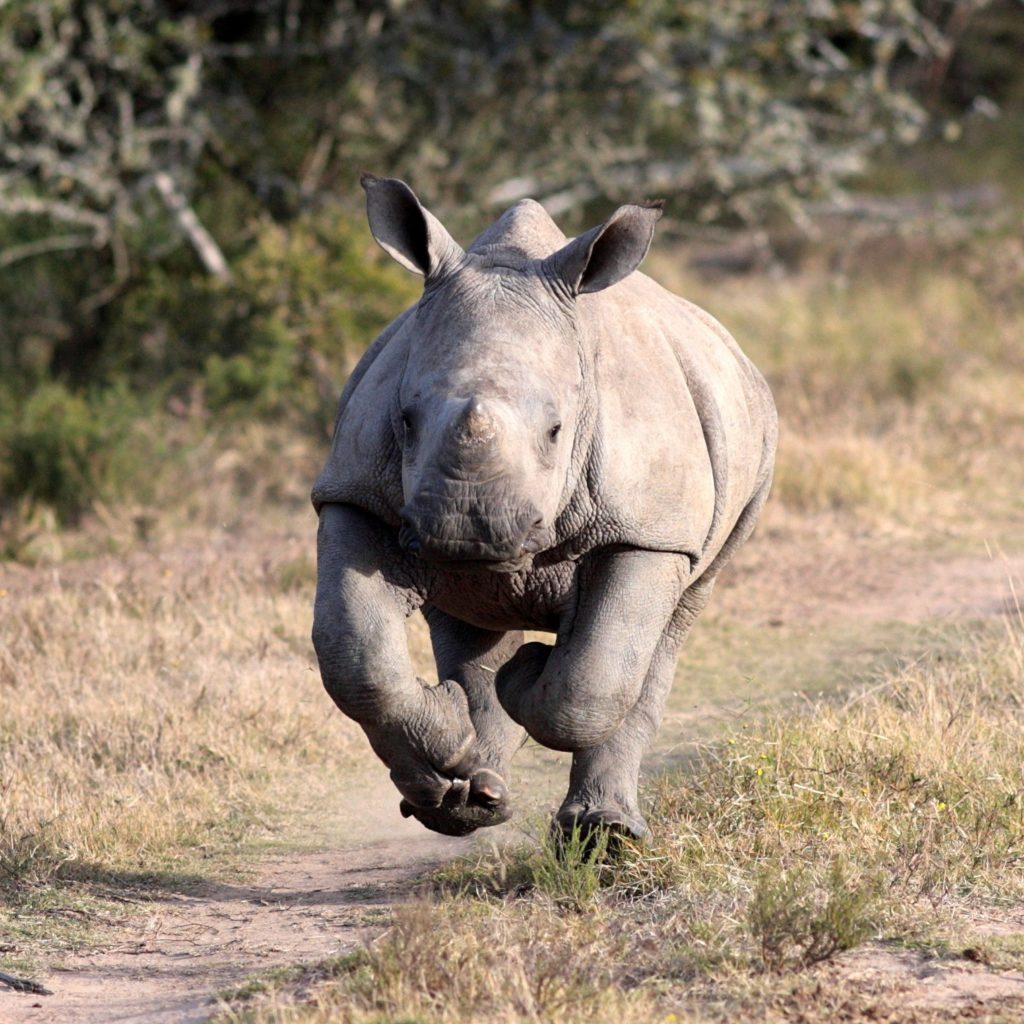 ashleighd@ewt.org.zaFew people are unaware of the rhino poaching crisis which persists in South Africa. 7,900 rhinos have been poached in South Africa since 2008 for their horns. These horns are then smuggled out of South Africa to demand countries, primarily in Asia. In an effort to combat the illegal trade and smuggling of rhino horn, the EWT will be partnering with the Department of Environment, Forestry and Fisheries to enhance detection capabilities at ports of entry and exit through the use of highly trained canines. These canines will screen cargo and luggage for wildlife products like rhino horn.

The EWT has been actively involved in addressing the scourge of rhino poaching since 2010, and this partnership is the latest of these efforts. Others include:

Observations made by patrol teams are pivotal for monitoring poaching trends and identifying patterns. With proper analysis, these data provide enforcement decision makers with invaluable information for patrol deployments or reallocation of other resources. We have undertaken projects to enhance capacity to prevent wildlife crimes within private and state-owned protected areas through the collection of data (using CMore or other relevant platforms) and analysis of the same, thereby generating valuable information and facilitating more intelligence-driven investigations. Further, these projects facilitate the creation of predictive models that will enable law enforcement to take a proactive approach towards targeting illicit networks. 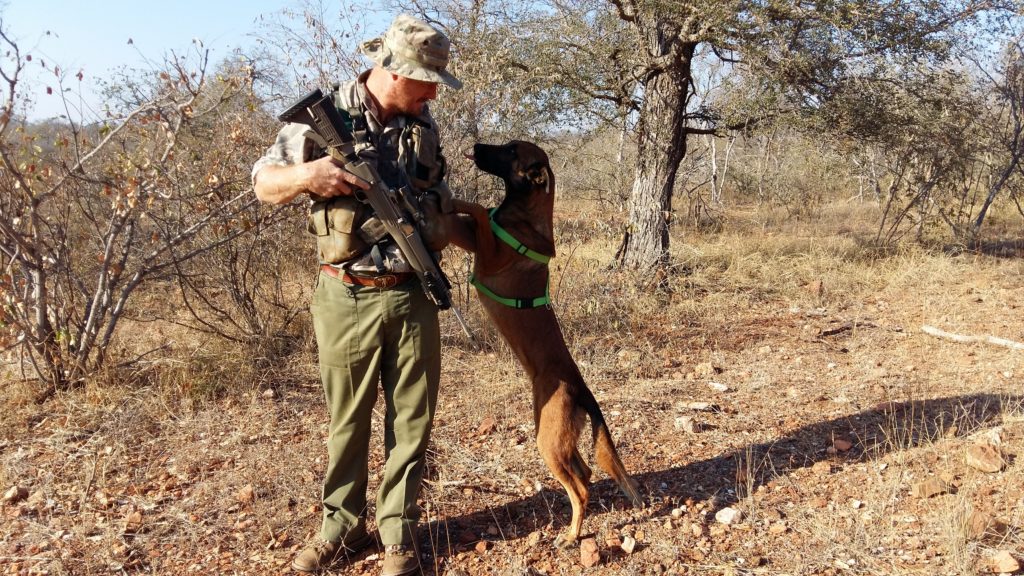 We have worked closely with law enforcement agencies over many years to build capacity to combat wildlife crimes, including the poaching of rhino and the smuggling of their horns. We also have undertaken dedicated awareness raising with prosecutors from the National Prosecuting Authority as to the seriousness of rhino related crimes.

We are also commencing with a new project, utilising restorative justice approaches. Restorative justice is a holistic approach to justice that aims to involve the parties to a dispute and others affected by the harm (such as the victim, the offender and the community) in collectively identifying harms, needs and obligations through accepting responsibilities, making restitution and taking measures to prevent a recurrence of the incident and promoting reconciliation. Restorative justice is a well-established approach to justice that can and will have very meaningful impacts on rhino related crimes in South Africa. It will promote enhanced community engagement, provide an opportunity to the victim to be properly heard and will contribute to a change in mind-set and reduce recidivism on the part of the offender. The Restorative Justice Pilot Project will facilitate the application of restorative justice processes to inter alia rhino related crimes in key sites in South Africa. 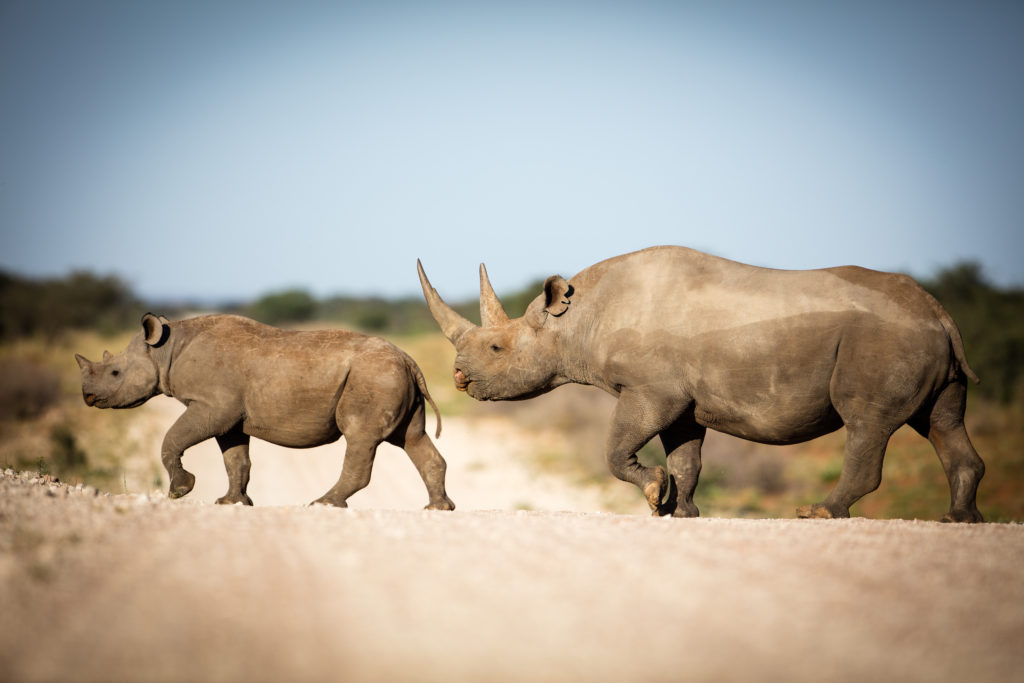 We participated in both the Commission of Inquiry to potentially legalise the trade in rhino horn and the 2016 Rhino Lab. We are also  commencing a rhino horn trade analysis project. Continuous analysis of trade trends of rhino horn is vital to ensure compliance with the legal framework. Through improved monitoring of legal domestic trade, illegal trade (both domestic and international) and historic trade in rhino horn, we will be able to ensure that key threats to rhino from trade – both current and emerging –are fully unpacked and reported, thereby facilitating informed decision making and proper accountability.