SPEAKING UP FOR RHINOS

For the fifth year in a row, Lapalala Wilderness School and the EWT hosted a World Rhino Day public speaking competition. Two Grade ten learners from six schools participated, speaking on this year’s topic: “What are the social, political and economic impacts of rhino poaching in South Africa?” The future conservation champions were asked to present their arguments and possible solutions to the impacts and challenges we face in the battle against rhino poaching. The winners were as follows:

Congratulations to all the schools that participated and all of the learners who spoke beautifully. 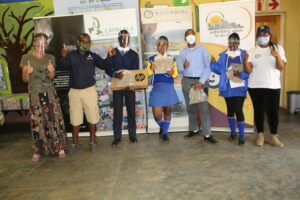