“DO SHREWS SWIM?” – A FIELD DIARY EXTRACT FROM THE OUTENIQUA MOUNTAINS 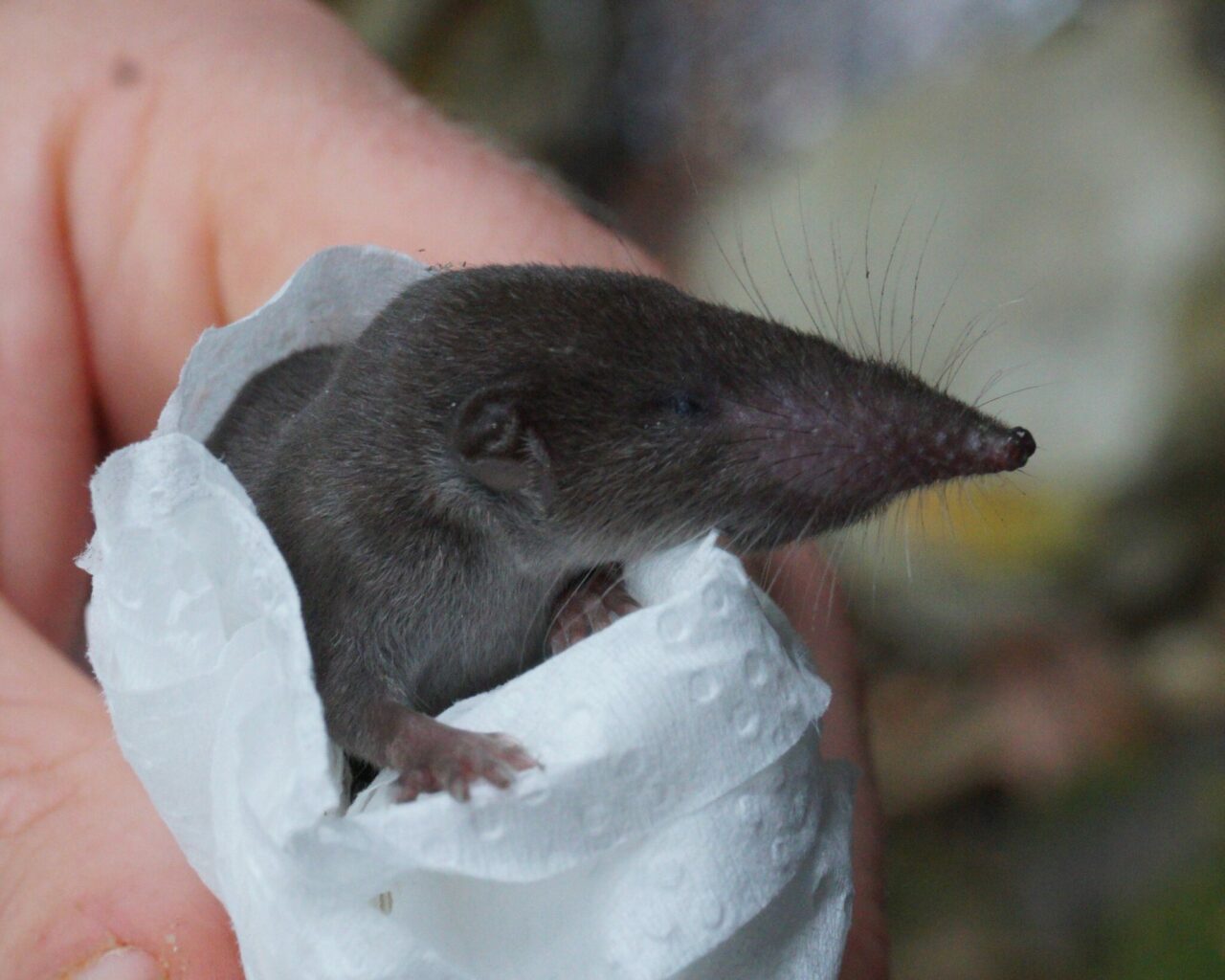 The alarm goes off as scheduled at 05:00. I groggily emerge from under the duvet, get dressed and hurriedly fuel myself with breakfast for the day ahead. Although I tried to pack the night before, I find myself scrambling around trying to make sure everything is in place as the rendezvous time with my colleagues from CapeNature rapidly approaches. The study site is just about visible from my accommodation and only a few kilometres away as the crow flies. But we are not crows, and it will be a slog to get up there – a slow crawl up the ragged jeep track followed by an even slower hike.

We are in the Outeniqua Mountains above George to conduct small mammal surveys as part of a project intended to map the distribution of species of conservation concern across South Africa. Our target species is the Long-tailed Forest Shrew (Myosorex longicaudatus), listed as Endangered and without a single confirmed record since the 1990s. It has previously been recorded in the Southern Afrotemperate Forests along the Garden Route, and it is one such patch of forest, Tonnelbos, which we are trying to reach. Shrews are predominantly nocturnal animals and thus our methodology involves baiting traps in the evening and checking them in the morning. 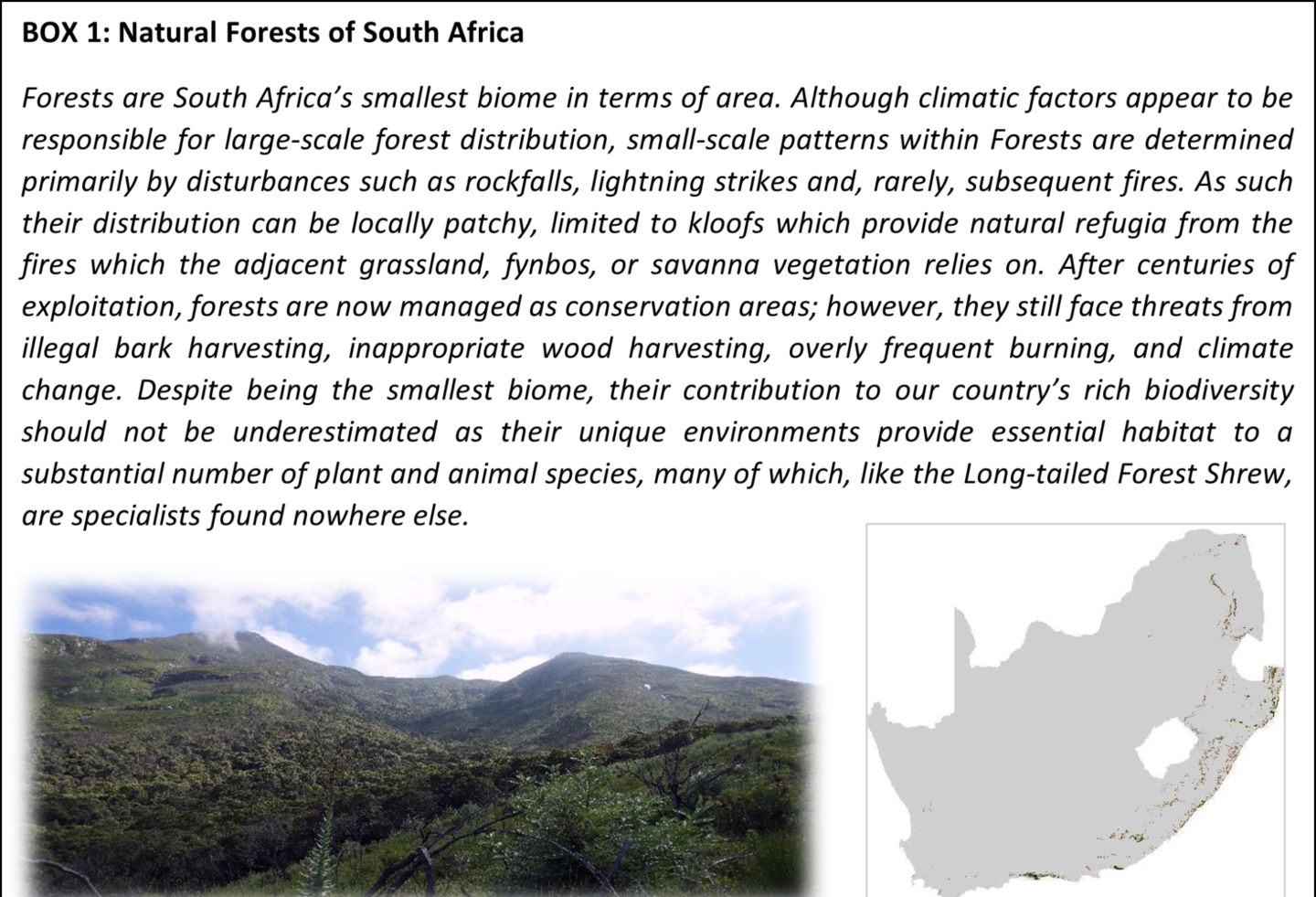 The mist has yet to lift as we enter beneath the canopy and the Forest Buzzard, who soared above us earlier, gives a warning shriek as he continues his dawn patrol. In this Tolkien-esque atmosphere, it is easy to let one’s imagination wander and conclude that the trees have some sort of malevolent intentions – why else are slippery roots strewn across the path if not to gain revenge for those who entered before us with their axes? To add to this unsettling feeling, I soon realise that what I assumed to be politeness from my companions to allow me to lead the line was, in fact, a tactical decision to let me break all the spiderwebs stretching across the narrow path.

The first 40 traps are empty except for a few Striped Mice (Rhabdomys pumilio) and Verraux’s Mice (Myomyscus verreauxii); however, our excitement builds as a shrew is found within the next trap. The animal is tiny, weighing in at just 2.2 grams. Its relatively long tail has convinced us that we have found our target, and we immediately send pictures to a taxonomic expert for confirmation. He calls back immediately and requests a few more morphological details before letting us down gently. Rather than the forest shrew, we have caught a Lesser Dwarf Shrew (Suncus varilla). Not much is known about this species, and it has not been recorded here before. After a final few photographs, we release the little guy unharmed back into the forest where he can peacefully digest the bait (Bovril, oats, and peanut butter) he has consumed. Buoyed by our promising discovery, we complete our check of the final traps but with no further shrews found. 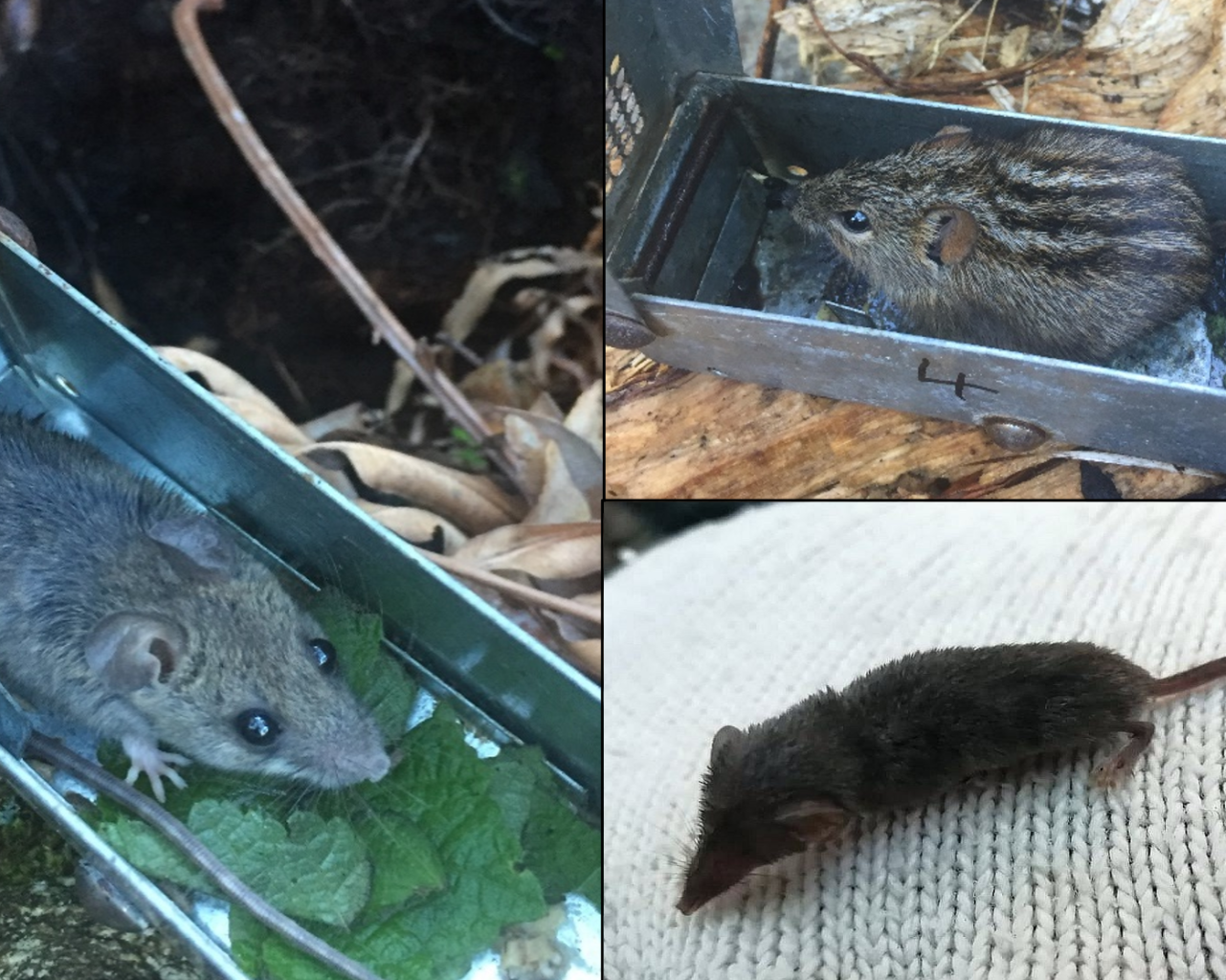 As the traps need resetting before nightfall (but cannot remain open during the heat of the day), we are taking it in turns to remain on the mountain over lunch before completing the day’s work. Today is my day, so I bid farewell to my companions with a vague idea to do some birding and find a beautiful spot for lunch. An hour later, I have scrambled down a steep kloof and found an idyllic spot alongside a forest stream in which to bathe my feet and eat my sandwiches. No sooner have I unlaced my shoes when I hear a splash in the rock-pool beside me. Turning – expecting to see a frog – I am astounded to see a shrew in the water. “Do shrews swim?” I find myself wondering as the poor creature flails about enthusiastically but not particularly gracefully. The scientific half of my brain is tempted to see this experiment through to its natural conclusion; however, my empathy kicks in, and I grab it by its tail and fish it out. I wrap it in my shirt to i) raise its body temperature and ii) allow me some time to snap some pics.

The rest of my day passes without incident, but the trap re-baiting and setting takes over three hours, and I am followed down the mountain by the watchful eye of the Forest Buzzard, who I see peering at me imperiously through the twilight from his perch. I return to my accommodation well after dark, wash, and prepare a quick supper. As I reset my alarm for 5 am again, my watch congratulates me for completing 20,000 steps. It is no surprise, I guess, that I fall asleep almost the instant my head hits the pillow – dog-tired but excited to do it all again tomorrow. 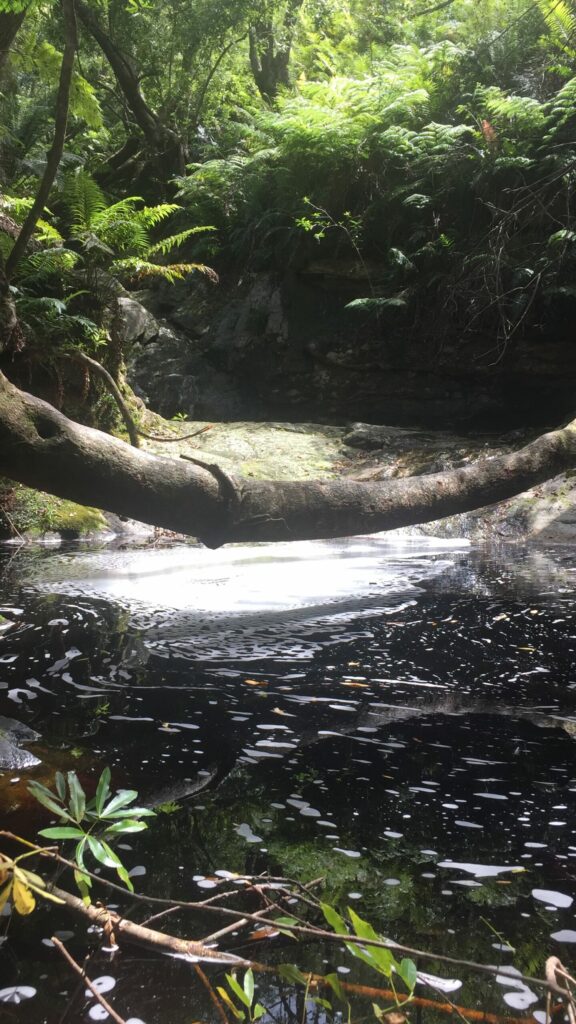 Our lunch spot in the Kloof. Photo credit: Oliver Cowan

Although we had not found the Long-tailed Forest Shrew by the end of the survey, it was still a successful and rewarding week in the field. Five species of terrestrial micromammals (rodents or shrews) were recorded in the traps, two of which had never been recorded on the mountain before, while for the other three species, it was the first record of them here in 17 years. Despite not being targeted during the survey, a real highlight of the trip was a video recording of a pair of Honey Badgers in the forest – a species that has not been recorded here before! Furthermore, using an ultrasonic recorder, we managed to confirm the presence of four bat species, all of which were new records for the mountain. These records are essential baseline data for future conservation efforts and provide a solid foundation for future surveys in the region. Regarding the Long-tailed Forest Shrew, other intact forest patches in the region are waiting for us to visit. Perhaps most alluring is a Critically Endangered sub-population from the remote Boosmansbos. With no vehicle tracks available, the trip will require a 15 km hike up the mountain carrying equipment and supplies to last for a week (or a generous helicopter pilot!). I, for one, cannot wait for the next adventure and am forever grateful that my work involves these occasional forays from my desk. 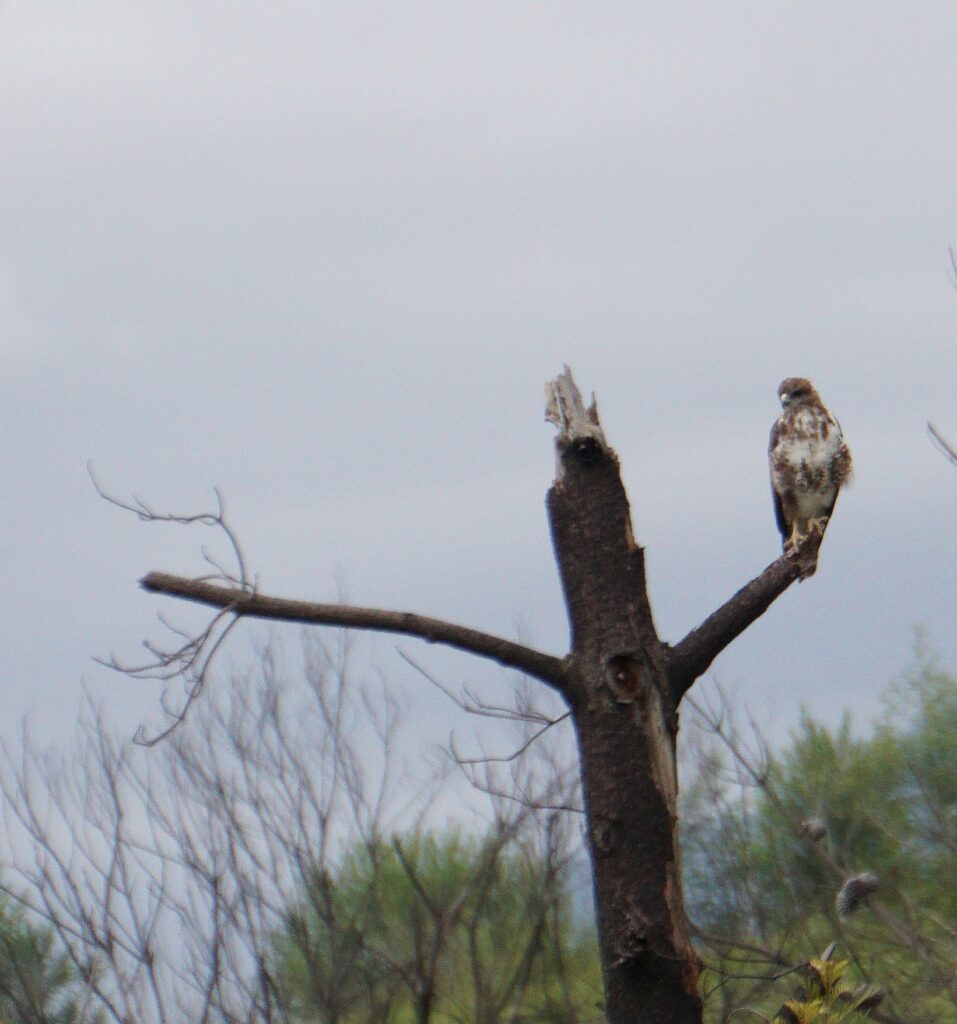