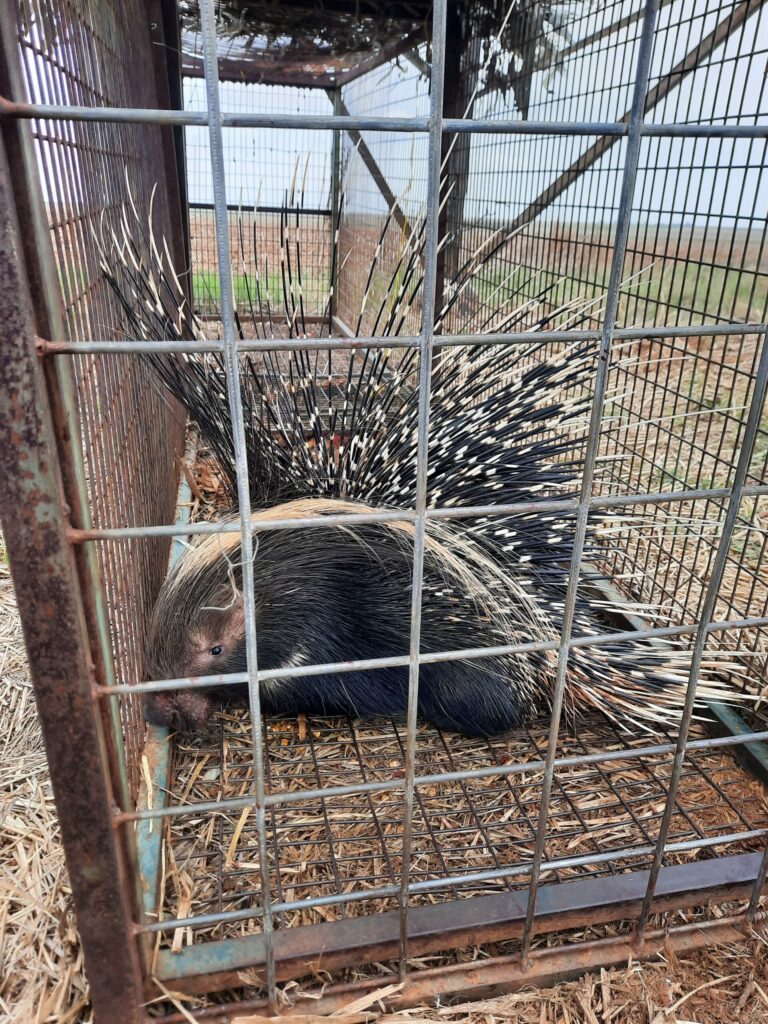 The Endangered Wildlife Trust’s Wildlife and Energy Programme (WEP) and the Eskom Transmission team (Central Grid) have been working determinedly to capture porcupines that have been burrowing close to a transmission line tower foundation near Delmas. When porcupines burrow at the foundations of transmission towers, the excavations can destabilise the structure, causing the tower to shift and eventually fall over. Amos Letsoalo and Ndzalama Chauke from the WEP team, and Reg Chadinha from transmissions, had set a cage trap under a tower where porcupine activities were taking place. A watermelon was placed inside the cage as bait a night before capture. In the early morning of 29 October 2020, during Reg’s usual rounds, he arrived on the scene, and there was a porcupine in the cage, our first catch after years of trying! The WEP team immediately rushed on-site and relocated the captured porcupine to Bezuidenhoutshoek farm in the Middelburg. On the night of 2 November 2020, we used watermelon as bait again and, we succeeded again – a porcupine was waiting in the cage the following morning! We relocated this animal to the same farm as the previous one. 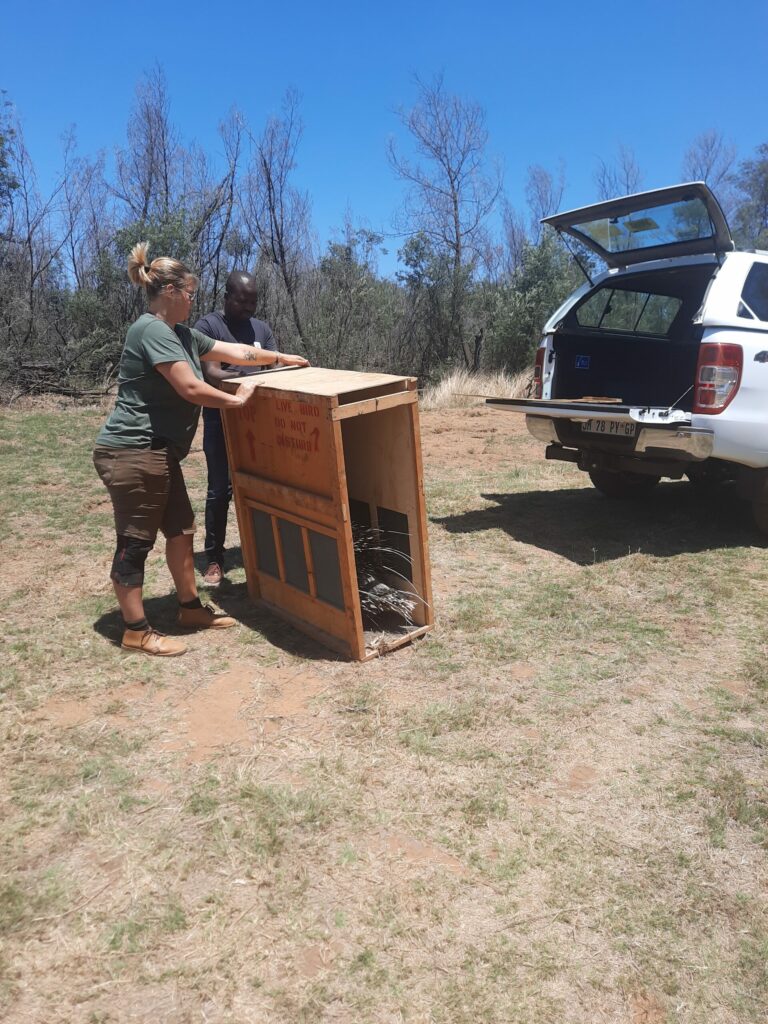