IT’S A MATTER OF PRIDE

I am living my lifelong dream. I am part of an exciting project intended to understand and protect Africa’s most iconic species, the African Lion, within the Great Limpopo Transfrontier Conservation Area (GLTFCA). The GLTFCA, which includes Kruger National Park (KNP) in South Africa, and Limpopo National Park (LNP) in Mozambique, is one of the ten remaining Lion strongholds in Africa. I have been blessed to travel through most of southern and east Africa, but Mozambique was one for the books – the multiple police and army stops along the way, the non-existent road structures, and some of the kindest and friendliest people in the world. Everybody is just trying to make a living. Arriving at Limpopo National Park, I was rather impressed by its unique beauty which is that of raw nature. Few parks in Africa still contain that rugged beauty that requires some elbow grease and sweat to see the potential. The park is directly opposite the world-famous Kruger National Park; however, it is seen and known as the ugly sister or the “underdog”. The biodiversity is the same as in the Kruger Park, yet it doesn’t attract near as many tourists as the KNP. I like supporting the underdog though, as I tend to see similar qualities in myself at times (rough around the edges but just as full of fun).

I met many people working within this biosphere, some doing conservation research, others doing rather impressive anti-poaching work, having a significant impact in some regions of the reserve. During my time I was fortunate to spend many a night out in the bush with only a tent and two rangers, there to support and protect me from the constant threat of poacher activity within the park. We worked tirelessly daily, tracking lions on foot and searching from the sky in a tiny plane known as a “bat hawk”, and we managed to find signs and occasionally catch sight of the Lions that we were looking for. 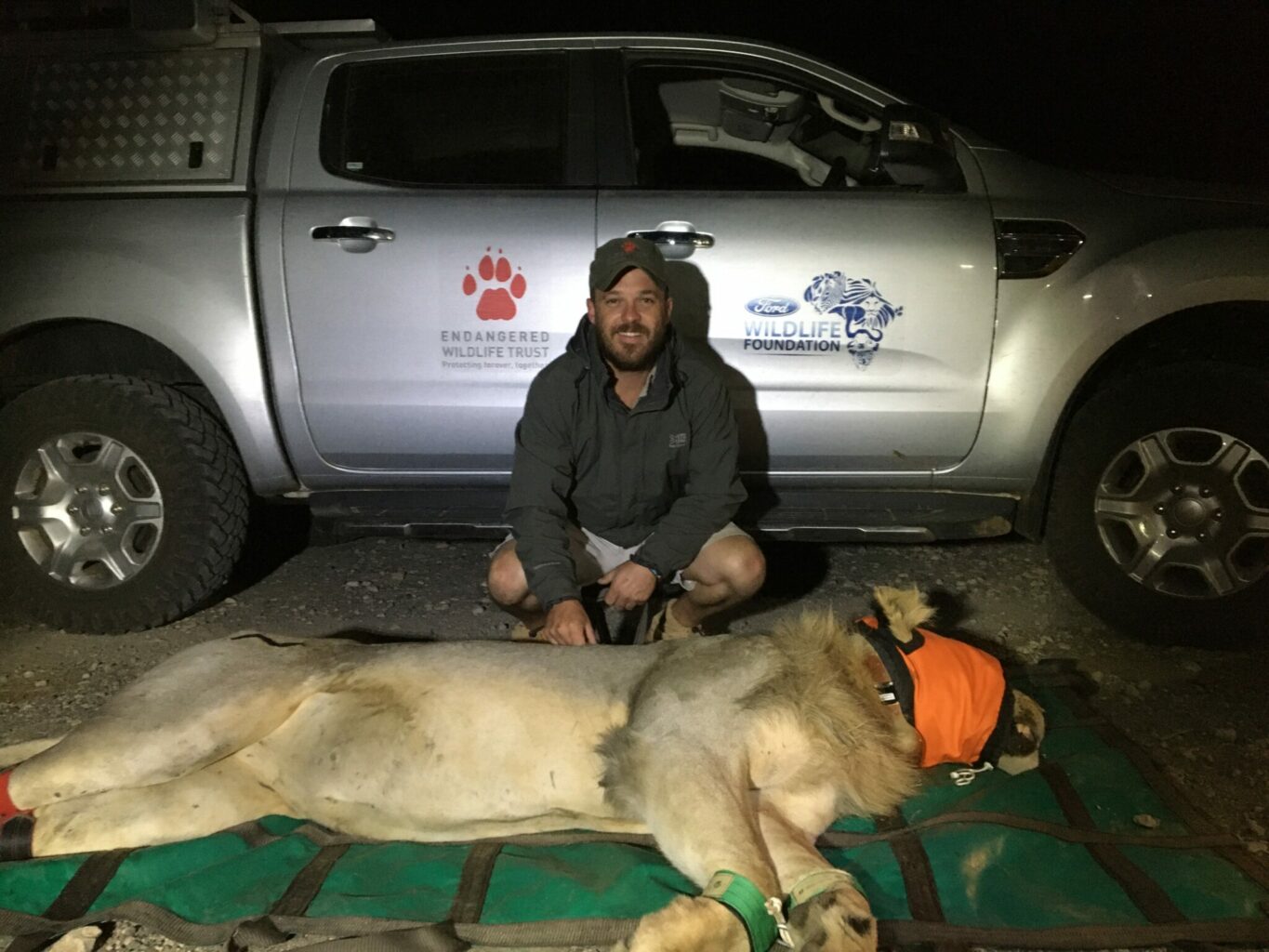 The next chapter, however, was the one that excited me the most. I was sad to leave magnificent Mozambique but was thrilled to begin my dream job working with Lions in the Kruger National Park. But as life goes, it seems that just when you settle into a rhythm and pick up speed, it gives you some obstacles to keep you grounded. A broken-down vehicle meant that I had to attempt the rather tricky and challenging feat of driving a vehicle 400 km back to Maputo with no steering support or ABS brakes. This was a challenge, but with the fantastic support of the EWT Head Office staff who arranged contacts, accommodation, and vehicle support, and I was ready to get back on the road in a couple of days.

On the eagerly awaited first day of collaring Lions, I was joined by my colleagues Yolan Friedmann, David Mills, and Grant Beverley, and we were extremely fortunate to collar one large lioness in the Shingwedzi district of the Kruger Park. The following day, a much smaller team ventured out yet again during the evening but failed to collar any new lions due to heavy winds and a bit of rain. Luckily one team did manage to remove a collar that had been placed on a male lion several years before our project by a previous researcher, so this male is now free after playing his part for conservation. 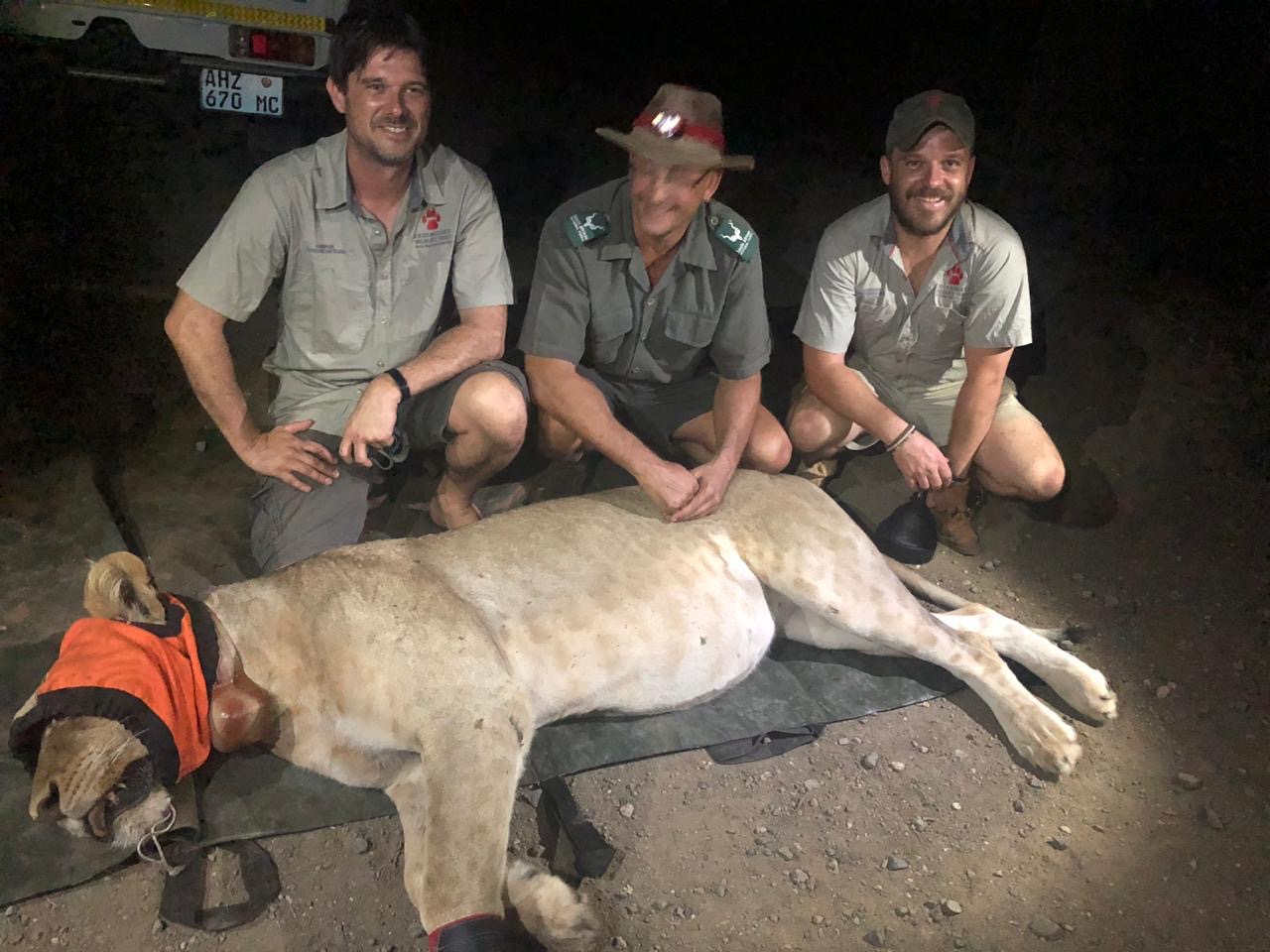 There were times when the nights felt lengthy as the evenings and early mornings melted together, and it was nearly impossible to sleep in a tent during the day time in the overwhelming heat. Nevertheless, we managed to collar several more lions over the next few days, and by the last call up, which began at 23:00, I drifted off into a light sleep as the pre-recorded sound of a distressed buffalo calf echoed through the still evening air (used to call up lions). Eventually, we called it quits around 02:00 and headed home, where we then nearly had a close encounter with a vehicle sitting next to some stationary Lions next to the gravel road. The two Shingwedzi boys were resting, on what we suspected was their mission to meet up with the female we had collared on the first evening.

All in all, the beginning of the project was successful, even though there were some glitches along the way. I guess the glitches are what build tolerance, patience, as well as wisdom, and are par for the course when working with wildlife 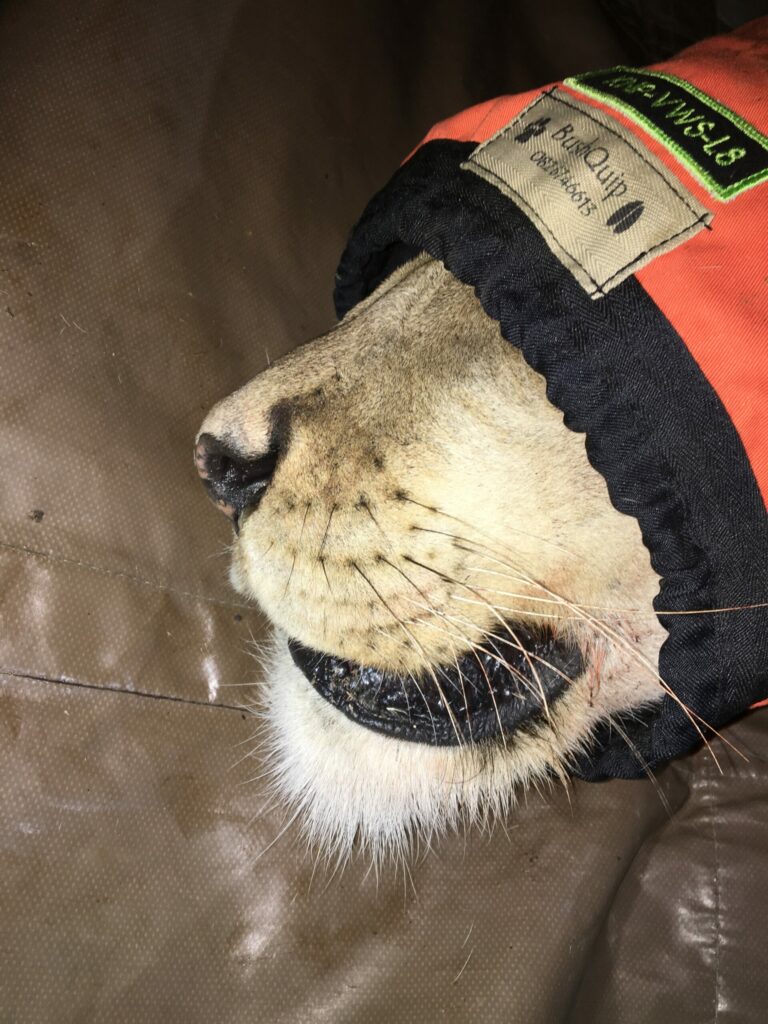 This project is a partnership between the EWT, South African National Parks (SANParks), National Administration of Conservation Areas in Mozambique (ANAC), and the Peace Parks Foundation, with funding from the UK Government, through the International Wildlife Trade Challenge Fund.