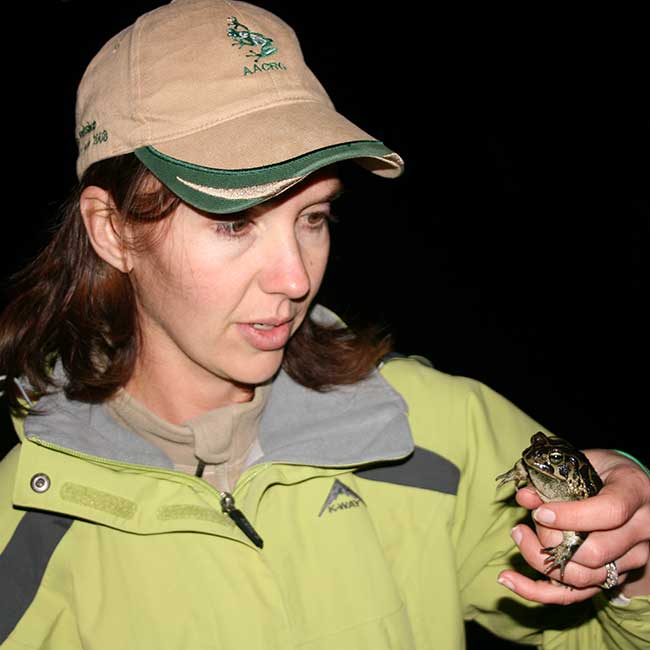 The EWT’s Threatened Amphibian Programme developed the KwaZulu-Natal (KZN) Frog Route to showcase some of the coastline’s most important wetland systems and their frogs. We aim to accommodate a variety of tourists, including:

The route stops are based on where the Endangered Pickersgill’s Reed Frog (Hyperolius pickersgilli) has been recorded. This frog is endemic to a few sites along this stretch of the KZN coastline of South Africa. The Pickersgill’s Reed Frog is small (just over 2 cm long fully grown) with variable colouration – males are usually brown with a dark-edged light band running from the snout to the hindquarters, and females are normally uniformly bright green. The species requires permanent wetlands with very dense reed beds. This habitat type, Indian Ocean Coastal Belt Group 2, is listed as Critically Endangered and poorly protected. The six sites included on this tour are (south to north):