SCIENCE SNIPPETS: AN UPDATE ON THE AFRICAN LION DATABASE

It is generally understood that our knowledge of the status and trends in African Lion (Panthera leo) numbers is relatively poor, and the collective ability of governments and the wider conservation community to identify priorities or to assess the impacts of interventions, is limited. This can largely be attributed to the lack of a single repository of information on Lion abundance, status, trends, and fine-scale distribution. Data that currently exist are often siloed and therefore of limited conservation value. The Endangered Wildlife Trust (EWT) was awarded a grant from the Lion Recovery Fund and National Geographic in 2018 for a project to establish such a database and work began on this in October 2018. The African Lion Database (ALD) Project is endorsed by the IUCN Cat Specialist Group (CatSG) of the Species Survival Commission, and the goal of this project is to create a database that consolidates reliable data on the population and distribution of Lions across the continent. With this database, we aim to provide an essential platform from which to assess priorities, to measure conservation progress, and to monitor trends in Lion populations and their threats in Africa.

The African Lion Database (ALD) has been capturing and recording lion related data for the last 18 months. The distribution mapping component of the project is well underway with ~29% of Lion areas included in the ALD with associated references, meaning that the sources of Lion data are reliable and traceable. In the last quarter, we have more than doubled the number of population records, with ~28% of Lion areas having population estimates in the ALD. This includes 254 protected areas and private reserves across Africa. To collect this data, we have reached out to more than 300 Lion researchers and organisations! In the last year of the ALD, we have received exciting out-of-range records of Lions in areas where they were previously thought to have been extirpated (Figure 2).

To find out more about the African Lion Database, please email samanthan@ewt.org.za 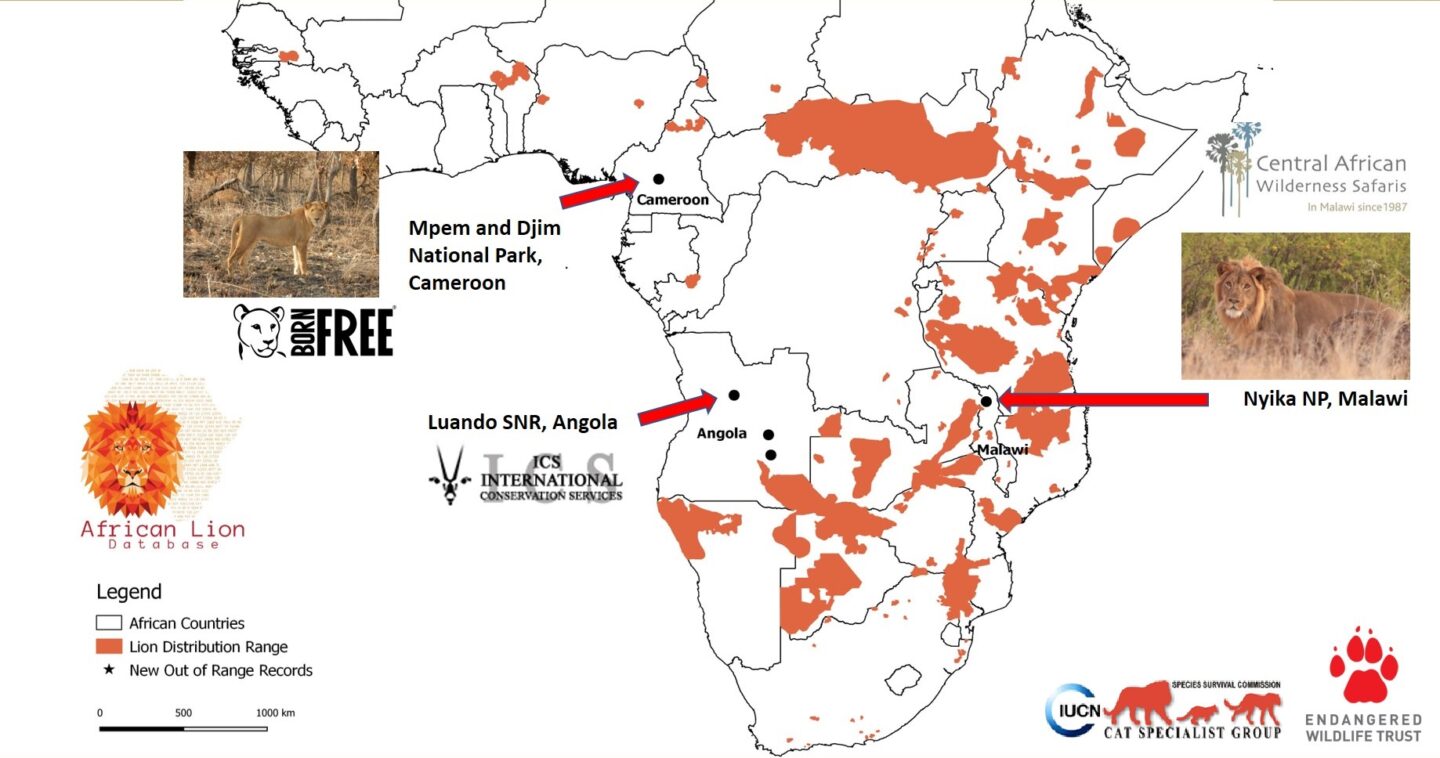