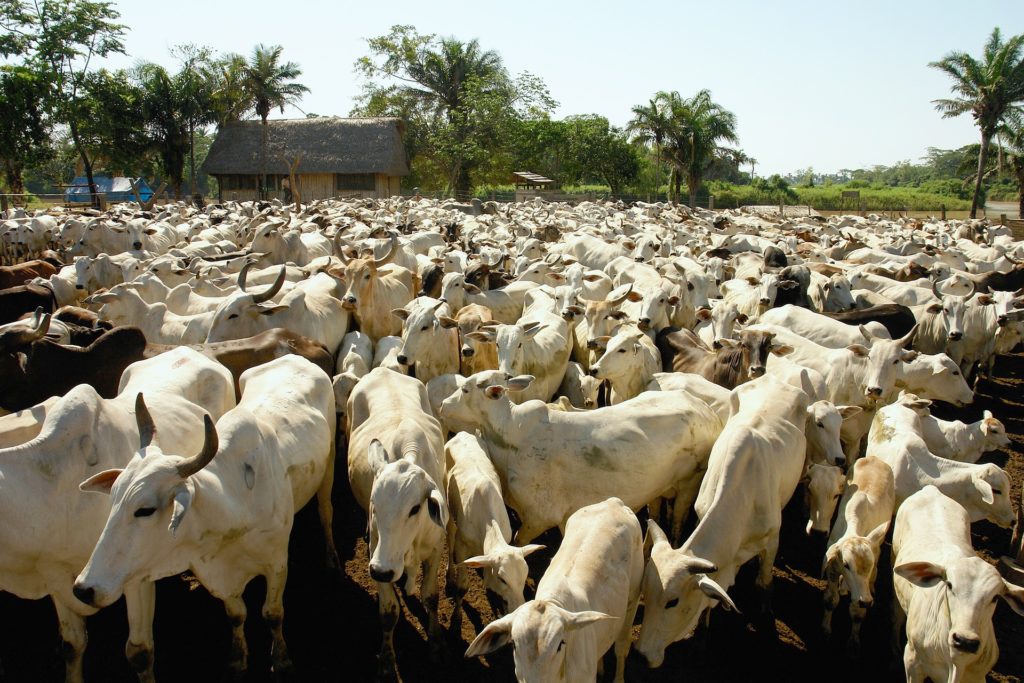 yolanf@ewt.org.zaSocial media has been abuzz lately with posts that dramatically depict the horrors of Brazil’s flaming Amazon forests, with blazes reaching to the skies and smoke choking the horizon, darkening skies in cities like São Paulo nearly 1,500 miles away. On the upside, the environmental crisis facing our planet has become topical and for a while at least, humanity’s rampant destruction of the earth is absorbing some of our attention. On the downside, people all over the world are responding mostly with anger at the lack of political appetite to save our forests. And that’s all. It’s the downside because once again, we see how human beings deflect the blame and cannot accept that change can only come about with changing everything that we are doing that contributes to this destruction. Activism absolves us from having to change ourselves and vocal calls for “others” to fix the planet make eco-heroes of us all. Let’s consider the following:

Brazil is home to the majority of the Amazon forest and whilst the forest has experienced fires for decades, the scale and number of wildfires this year is the highest ever recorded. Brazil’s National Institute for Space Research notes an 80% increase in forest fires with more than 72,000 being recorded between January and August 2019. With this being Brazil’s wet season, these fires have been directly attributed to increased human activity in the forests with the Guardian reporting a 300% increase in deforestation in July 2019 compared to July 2018. The primary cause of these wildfires is the ongoing deforestation of the Amazon over decades and with its rampant escalation in just the past year. It is estimated that more than three football fields of forest are being cleared every minute, to, mostly, make way for livestock ranching as well as soy and palm production, both commonly used for livestock feed. It is estimated that the livestock farming sector in the Brazilian Amazon is responsible for about 80% of all deforestation in the region, making it the world’s largest single driver of deforestation. But they are not alone in their guilt. The products of this industry find their way onto your dining room table in the form of pies, frozen meals and canned meat, and the by-products are linked to items manufactured by Nike, Adidas, Timberland and Clarks Shoes who, according to Greenpeace use leather linked to Amazon deforestation. And the consequences? In 2012 it was reported in Science that at least 38 species, including 10 mammal species, 20 bird species and eight amphibian species have gone extinct directly due to deforestation with more heading towards extinction unless forest clearing is not halted. There is no way of accounting for the true figure of reptiles, insects or plant life lost. And with more than 33% of the Amazon belonging to more than 3,344 indigenous groups, it is not ours to destroy and certainly not for our insatiable appetite for cheap meat.

Philip Lymbery, author of The Dead Zone – Where the Wild Things Were, sums it up: “few people are aware that their own daily food choices also have a huge impact on other wildlife thousands of miles away. Every time people choose intensively reared meat over pasture fed, organic or free-range they’re helping to fuel the destruction of forests and causing the loss of wildlife, such as the Sumatran elephant and the African penguin as well as wildlife closer to home such as hedgehogs and farmland birds. Factory farming is a major driver in the decline of the world’s wildlife and thereby ecosystem collapse, which is why to preserve the natural world and future food supplies governments globally need to act and act fast before it’s too late.”

Industrial-scale meat production has been mooted as an efficient way to feed billions of people but in fact, modern technological, monoculture agriculture has become the primary driver of habitat destruction, biodiversity loss and greenhouse gas production. This is largely due to the millions of hectares cleared annually to produce fodder for the over 1 billion (and increasing) heads of cattle that exist on this planet. The impact of vast numbers of industrially farmed animals is not more land available for wildlife, but in fact less, as these animals consume more grain produced globally than all the humans on earth combined. The UN estimates that there is already enough food produced on Earth to feed 16 billion people yet most of it goes to feeding farmed livestock, and with more than a quarter of that being wasted in the production process. The FAO of the United Nations reported as far back as 2006, that “the livestock sector … is one of the largest sources of greenhouse gases and one of the leading causal factors in the loss of biodiversity, while in developed and emerging countries it is perhaps the leading source of water pollution.” For a planet running out of fresh water, we cannot afford to pollute our water sources with nutrients (nitrogen and phosphorus from fertilisers and animal excreta), pesticides, sediment, organic matter, pathogens, metals and emerging pollutants (drug residues, hormones and feed additives) from livestock farms. With finite limits to the terrestrial surface of our planet, we cannot afford to dedicate 80% of agricultural land to livestock or feedcrop-production. For a forest running out of time, Brazil’s Amazon cannot survive with over 70 million heads of cattle living in it.

Livestock farming, along with the impacts of feedcrop production and farming waste, is estimated to produce more GHG than all the forms of transport on Earth and a 2017 study published by GRAIN, IATP and Heinrich Böll Foundation demonstrated that just “three meat companies – JBS, Cargill and Tyson – emitted more greenhouse gases last year than all of France and nearly as much as some of the biggest oil companies like Exxon, BP and Shell”. Should this trend continue, the industrial meat and dairy production sectors alone will undermine our ability to keep temperatures from rising despite changes in the transport and energy sectors. Our industrial scale livestock farming methods have not become more efficient, only more destructive. 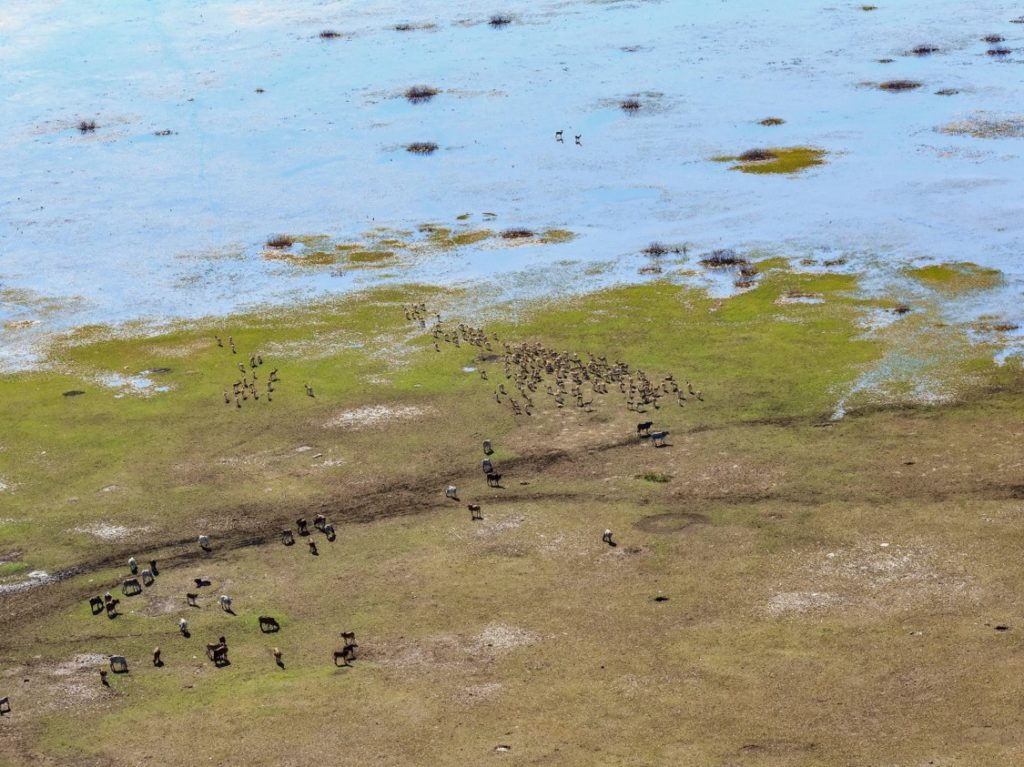 Whilst these trends are largely based on meat production practices in non-African countries, similar trends are emerging in places like Zambia’s Kafue Flats, one of the most important wetland systems in Africa. Recent surveys reveal the presence of more than 100,000 heads of cattle and a diminishing herd of Kafue Lechwe, numbering less than 23,000. Mankind’s insatiable appetite for cheap meat is driving wildlife to extinction, poisoning our water, sterilising the land and choking the air. Not to mention the myriad health impacts of unnaturally produced meat on the human body.

But challenge people to reconsider what they eat, and you dive straight into a tornado of fervent opinion covering cultural practice, religion, human rights, evolutionary biology, health claims and more. Meat eating is perhaps even more taboo than the question of human population. Yet both must be tackled head on, and comfort zones must be challenged, if our forests are to be saved and indeed, ourselves. As we watch the Amazon burning in horror, don’t feel hopeless and helpless. Start today by owning up to what we are all doing wrong and what we can do to change that.

This is not a recommendation to drop all meat from human diets, but at the very least, to reduce your consumption of it and to change the source of the meat you buy, by staying away from cheap, mass produced meat products. There are better agricultural models, such as biodynamic farming, permaculture and farming practices that combine meat production with environmental principles in the form of managed grazing, agroforestry and regenerative agriculture which supports carbon sequestration, high biodiversity and animal welfare. Mixed crop and mixed practice farms with rotational grazing and free ranging animals can actually support biodiversity conservation and improve crop and animal performance. It takes a bit of effort to find food produced in this way and will cost you more, but is a small price to pay for a sustainable future.

So back to the Amazon: keep social media abuzz, but keep the issue alive with stories of how we can be the change we want to see. Support small scale farmers that use labour intensive, natural and diversified farming practices. Challenge others to do the same, take control over what you can change and make that change today. Change your diet. Save a forest. Save the planet. 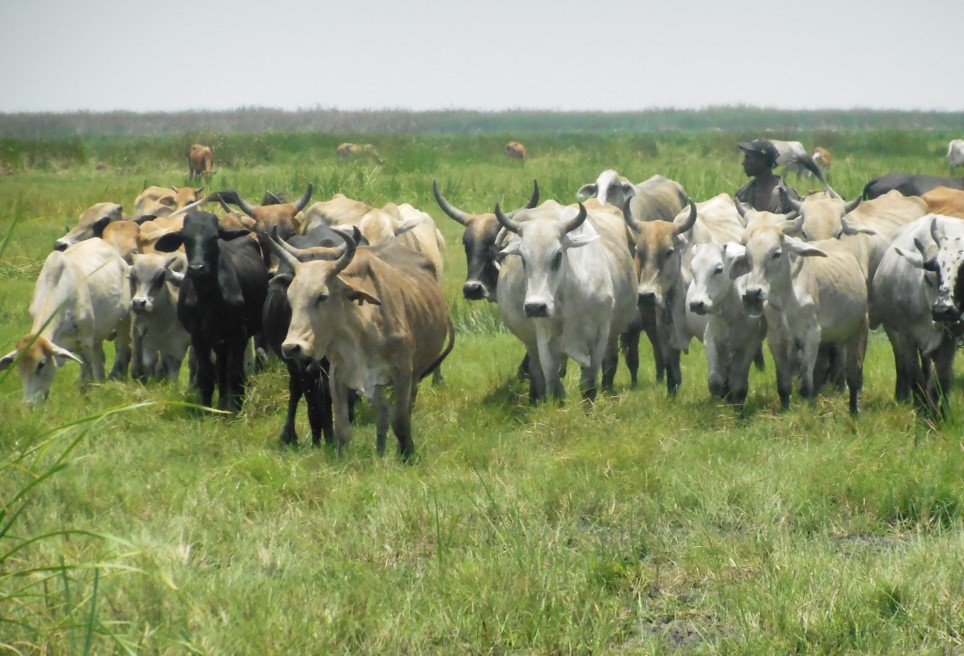