A WORD FROM THE CEO: THE EWT CALLS FOR THE URGENT REOPENING OF NATURE-BASED TOURISM IN THE NO-TOUCH ECONOMY

The coronavirus or COVID-19 global pandemic has affected every aspect of life as we know it. There is speculation about whether the world will return to ‘normal’ or if society will ever be the same again. However, we do know that the COVID-19 virus will not merely disappear and until a vaccine becomes available, or until human beings have developed a minimum immunity response rate, the world will not return to normal, if ever.

Despite job losses in major South African industries in recent years, the tourism sector has shown resilience. In 2017 the industry created 31,752 net new jobs, which was the most number of net new jobs generated by tourism within a year in at least the previous eight years.

“Africa’s unique diversity of wildlife and habitat has the potential to radically transform the continent’s economy” (UNEP, 2019).

The tourism industry in South Africa is heavily reliant on nature-based tourism, which is one of the main attractions for travellers in South Africa, as it is for 80% of foreign tourists (Saayman, 2017).

Nature-based tourism refers to all forms of tourism, where relatively undisturbed natural environments form the primary attraction or setting. The wildlife and nature-based sector specifically, supports a vast number of associated industries and sectors such as the conservation sector through generating income for park management, wildlife protection, anti-poaching, and to some degree border control through the management of human movement in transfrontier parks. For years, national and provincial conservation agencies have been generating significant revenue through nature-based tourism that contributes substantially to conservation management. The sector generates 40% more full-time employment than agriculture and provides greater opportunities for women than other sectors. (UNEP, 2019). 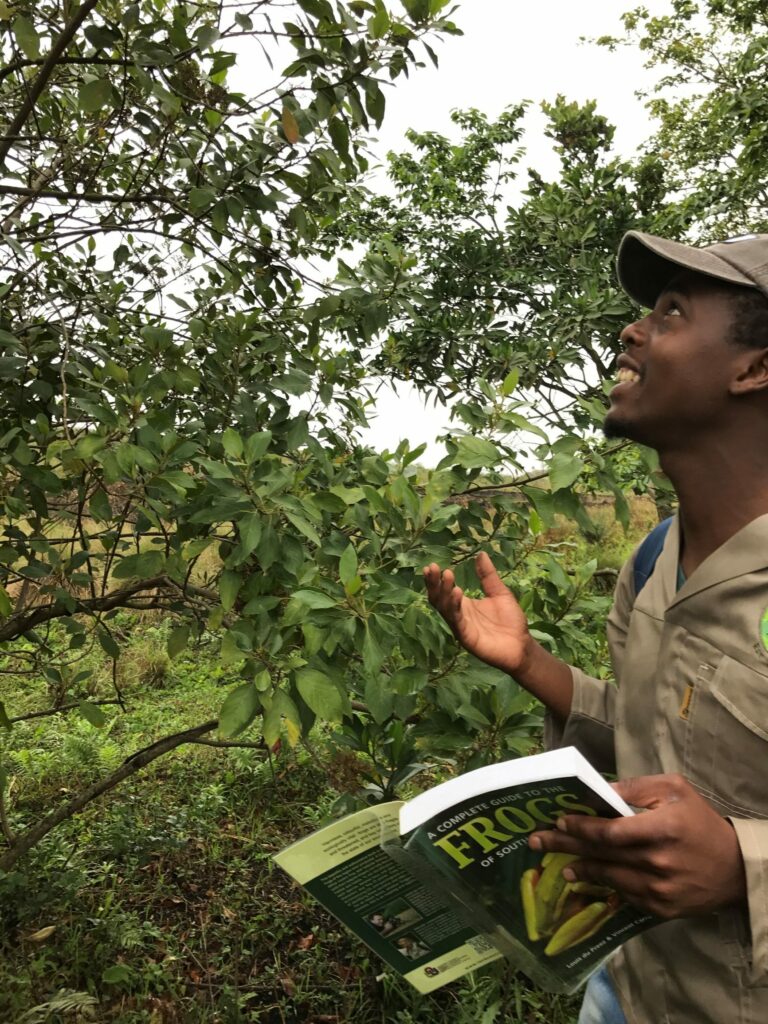 Game reserves in South Africa also generate significant benefits to the surrounding communities who contribute to goods and services consumed by visitors. In the absence of economic activity in these parks, there is an increased risk of poaching, illegal resource extraction and park invasion. It has taken years of stakeholder engagement and hard work for communities to have equitable access to benefits arising from conservation and nature-based tourism, and this will be for nothing if our protected areas lose their economic value to the communities who depend on them. To survive, these communities may resort to illegal resource use. It must be noted that many people employed in the nature-based tourism sector are unskilled/semi-skilled and are usually breadwinners in their families. Reopening local tourism ASAP will contribute to securing their employment and to safeguarding livelihoods in the most vulnerable households.

SANParks, as the custodian of approximately 70% of South Africa’s state-owned protected area network, derives 80% of its income from nature-based tourism activities. A significant component of this revenue funds park management, anti-poaching, management of marine protected areas, ranger patrol, and protection services, including the aircraft and associated rhino security technologies, as well as management of wildlife. Many community-owned reserves generate income for clinics, schools, community recreation facilities and contribute many jobs linked to goods and services associated with these reserves, including catering and accommodation. A number of these community-owned reserves are related to national and provincial parks and benefit from visitors to parks, or their own concessionaire managed lodges.

“To preserve their wildlife and wild places, governments should look at protected areas not only as environmental assets but economic ones as well, with the continent’s 8,400 protected areas producing US$48 billion in revenue.” (UNEP, 2019).

Tourism, and in particular wildlife and nature-based tourism, should, therefore, be prioritised in the measures to ease the economic impact of COVID-19. Nature-based tourism is also a major outlet for people who have been confined in urban areas. Many studies have shown a close link between human wellbeing and nature-based tourism. Approximately 70% of visitors to our national parks are local tourists, and the tourism sector can continue to support thousands of livelihoods, even before our borders reopen.

Other consumptive forms of nature-based tourism such as hunting for biltong and game meat also have a local market and might contribute to food security.

The consequences of any extended lockdown for the wildlife and nature-based tourism sector, and by extension to the entire tourism industry, will be dire and potentially devastating as a result of:

Most of our parks and game reserves are in areas that have lower infection rates and where economic activity could open faster than in metros. It is possible to introduce nature-based tourism into the economic recovery now, through a phased approach that sees this form of tourism being allowed to begin operating, under stable conditions and Standard Operating Procedures. This is based on the fact that:

The EWT believes that nature-based tourism not only offers guests the opportunities to have enjoyable, safe, and healthy vacation opportunities but is one of the few sectors that stands to revitalise our economy and bring much-needed income back into South African households in the short term.

Allowing a limited but early phased reopening of this sector offers the opportunity to increase the economic, mental and physical wellbeing of millions of people, and sustain the conservation of South Africa’s natural resources for future generations.