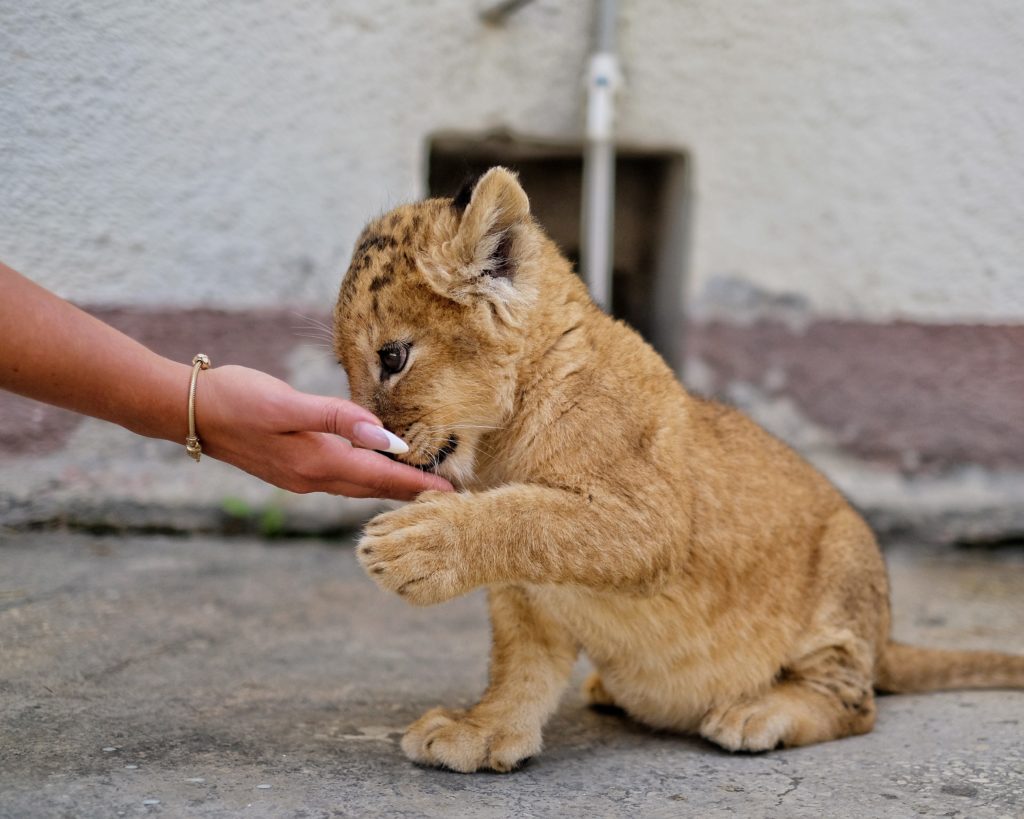 For a number of years, South Africa has seen an ongoing increase in in the number of facilities that claim to be wildlife rehabilitation or rescue centres, or even to have wildlife breeding ‘for conservation’ as their purpose. In the meantime, the majority of them are nothing more than commercial operations that masquerade as conservation centres, with financial gain for profit, being their main driver. The public has been duped into believing that lionesses frequently abandon perfectly healthy cubs, which then need to be rescued and bottle fed by well meaning, pound (or dollar) paying volunteers. The public has been paying for years to see camps of Cheetahs and Wild Dogs with the narrative being that they have been rescued from farmers who may have shot them, or from roads on which they may have been killed. The public has also been told that the always-present number of cubs and pups (and other wildlife offspring) is so that these new generations can be introduced into the wild to ‘save the species’. And for all of this, the public has been asked to pay. Whether for ‘educational’ family visits or through donations and fundraising asks, the public has been supporting a large number of these institutions for decades.

The trouble is that many of these facilities are in fact breeding and selling wildlife for commercial gain, supplying a multitude of zoos, wildlife dealers and private collectors, globally. This in itself is not necessarily a problem for the EWT, and you may in fact ask why the EWT would even care, given that we are not a welfare organisation. The trouble is, these institutions do not tell the unsuspecting public the truth and they don’t declare up front that the animals that they are paying to see are in fact often being bred or raised for sale to one of various institutions along the global wildlife supply chain. Furthermore, the so-called ‘rescue’ of animals that may have been shot or killed on roads is also problematic. The reality in South Africa today is that many wild species are exposed to being killed in human-wildlife conflict situations but removing them never solves the problem and certainly doesn’t enhance the protection of the species when increased range and tolerant landowners is what needs to be the goal. Finally, there is no conservation plan for any carnivore species and almost no other wildlife species in our country that requires the intentional breeding of additional animals, for release.

The problem is in fact a lack of space for many, already-wild animals and captive bred animals compound the situation. So, consider the truth exposed when, as a result of the COVID induced national lockdown, and the closure of the borders and airlines, which have rendered many of these facilities unable to trade in their animals. Suddenly we are seeing packs of Wild Dogs, high numbers of Cheetahs and Lions and a range of other captive bred wildlife that cannot be traded and which are costing too much to keep and who may not be sold anytime soon, being offered for ‘conservation purposes’, release or threatened with euthanasia. In some cases, the public is again being asked to help fund the upkeep of the animals. It is true that the facilities have also been hard-hit by the lack of gate takings and visitor income and it is also true that most facilities do in fact need to sell animals in order to cover costs. Again, the EWT is not necessarily against this. What we are, however, against is the lack of transparency, the lack of honesty about the destination of many of the animals being bred, the lack of accountability by some, as to the final destination of the animal (this may be at the end of its life and not just the end of its initial journey), and the ongoing misinformation to the public about the role of captive bred wildlife for genuine conservation value. What we are against is the use of wild caught animals to bolster the genetics of a captive population for commercial breeding purposes and what we are against is the rampant wildlife trade that exploits wildlife and the public, but lets everyone involved believe that they are saving a species.

If one thing stems from the COVID crisis, then let it be a more honest society that is more accountable for how we treat our natural world and its wildlife. It is not just the illicit wildlife trade that needs to be vanquished, but the legal trade must also be checked and better controlled in order to account for the impact it may have on wild populations, the impact on public funding and the impact on supporting markets that commodify wildlife with no benefit to the conservation of free living species. Until we have this in place, we urge the public to be aware that what you see may hide another truth that you also have a right to know.

The EWT is not against a legal, sustainable, and controlled trade in wildlife that benefits wild populations and their habitats. For more on our position on the matter see https://www.ewt.org.za/resources/perspectives/